Santa has been here too!

Santa came to visit the children at Laki Zrt as well on December 8. We, of course, were also ready to welcome him with a magic show presented by Misa Serényi. The cramps sang and helped Santa give the presents the children were very pleased to receive. 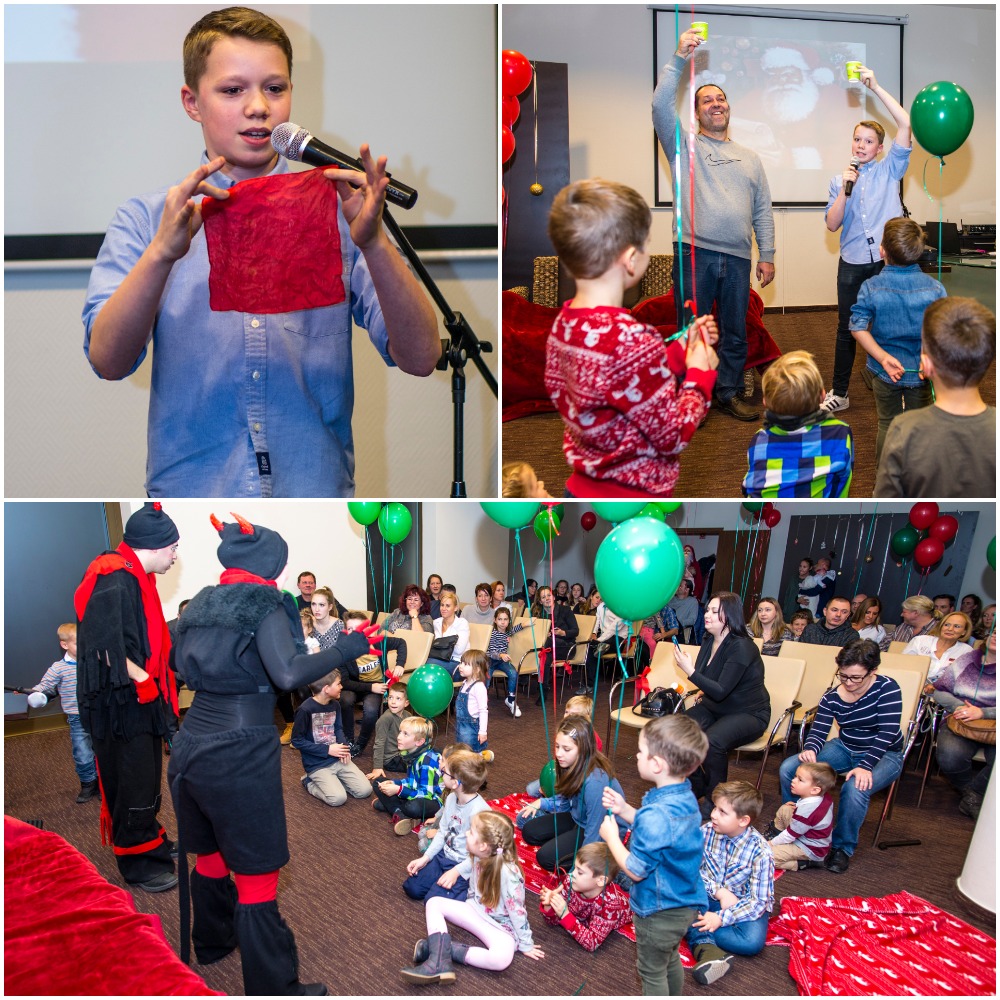 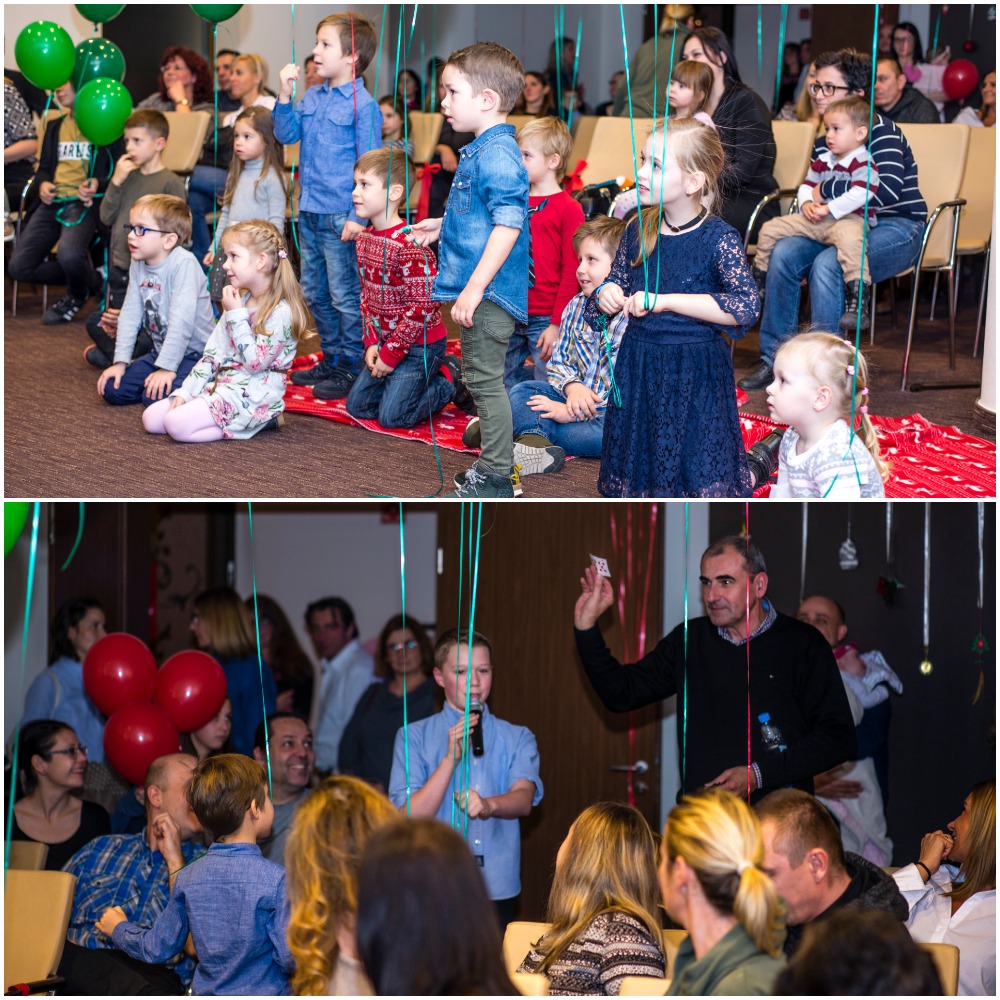 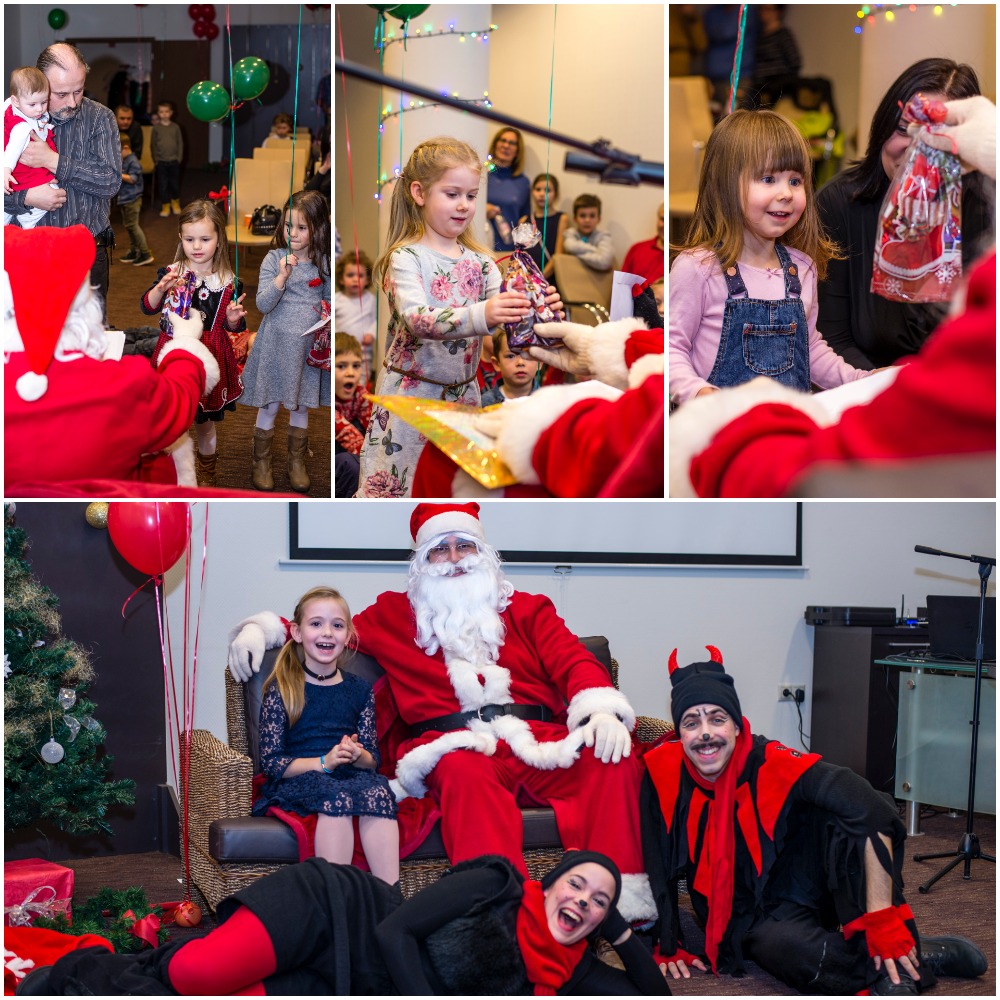 On 20. November, 2017 the construction of the future MMA Premises in Budapest VI. under 101 Andrássy street – 31 Bajza street was visited by György Vashegyi, the newly-elected president of the MMA, György Fekete, MMA honorary president and dr. Tamás Kucsera, the Secretary-General, who were shown the ongoing renovation works, accompanied and guided by our managers and colleagues involved in the project. 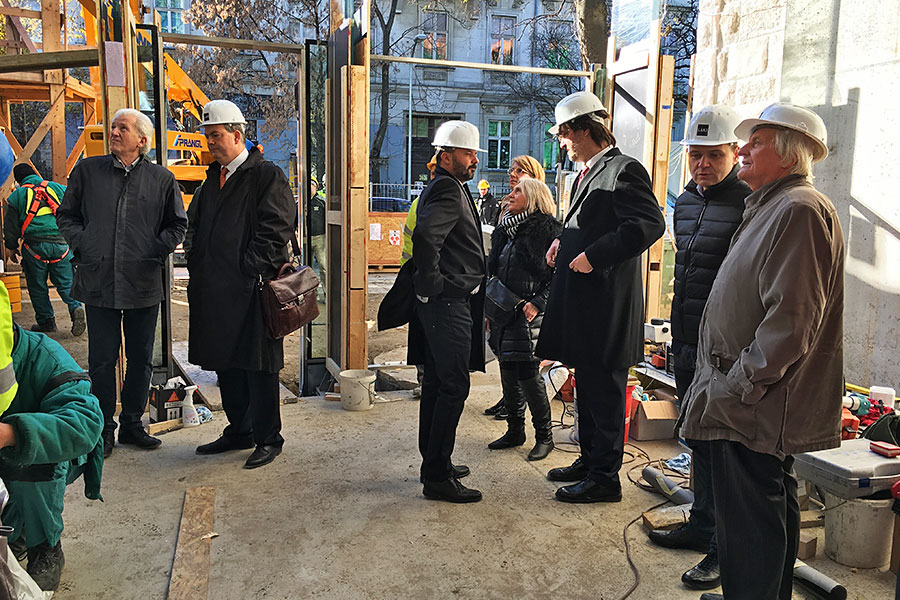 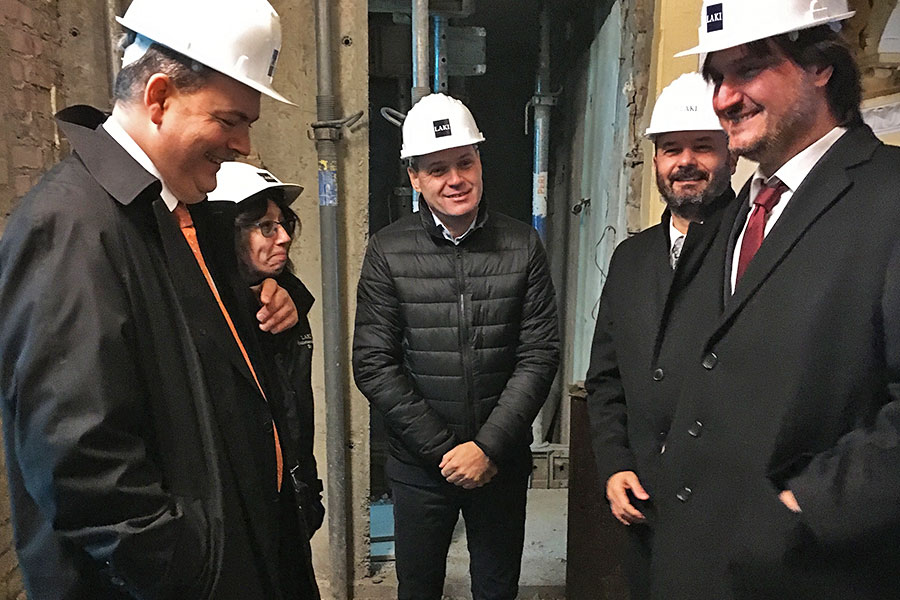 György Fazekas, the general designer of the renovation provided the participants some information on the ongoing works and the engineering concepts of the building complex. During the visit the people present had the possibility to see the most spectacular moment of the construction: importing the elements of the facade glass wall of the new annex, connecting the two already existing buildings. This glass structure can be considered unique in Hungary, as such a glass structure with glass beam has never been made in Hungary before and even in Europe it is rare. At the end of the visit the management of the MMA praised the renovation works and wished a similarly successful continuation and finish for the remaining period of the project.

The LAKI Zrt. also took part in the construction summit on Friday

The Hungarian construction industry is developing spectacularly, at a previously unprecedented rate, therefore, for the first time after the change of regime, on Friday, a summit was organised by the government representatives, the delegates of the twenty greatest construction companies and the most important characters of the sector with the participation of the employers’ and workers’ organisations – Mihály Varga, Minister for the National Company reported during a press conference on Tuesday in Budapest.

On the press conference Mihály Varga reported that an application program would start to support the development of the construction companies with a 20 billion allocation from December. With the help of the funding, the companies in the sector will perform technological developments, automation, purchase of equipment and capacity extension. 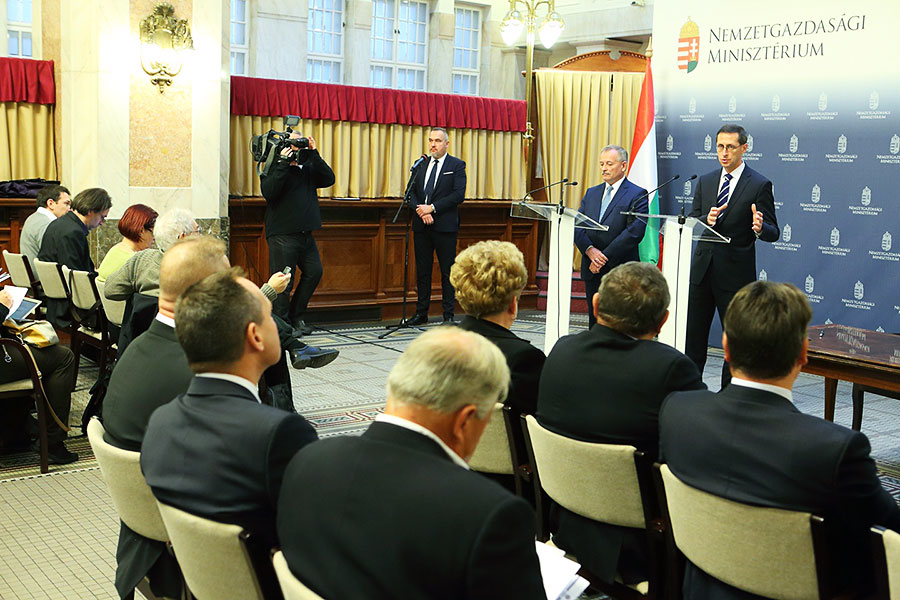 At the meeting the participating twenty greatest construction companies discussed the tax benefit expiring by the end of 2019 which supports the purchase of the new flats.

László Koji, who gave a speech after the meeting, said the sector will be able to reach a performance 27 per cent higher than last year, still it proves to be low.

The president of the ÉVOSZ emphasized that the sector intends to meet the requirements by all means. However, it is not able to catch up as fast as the customers want, due to the lagging in development resulting from the market situation. The Friday agreement aims at handling this situation.

The declaration of the Cooperation Agreement, open to press and signed on Friday, involved the common interest that domestic undertakings should carry out the investments. Furthermore it involved the aim that the customers’ confidence should be preserved towards the market characters of the sector.

The Agreement’s objective is to realise the construction investments with a high level of excellence and at competitive prices. For this purpose the efficiency of the sector should be improved, besides the Ministry of National Economy (NGM) agrees on supporting these proposals and helping them to be achieved.

The Reformation Memorial Fountain was unveiled in the Buda Castle

On the Half-Millennium Jubilee, the Buda Castle was enriched with an important symbol. On that solemn occasion Dávid Illés, Reformed Church Dean, Dr. Gábor Tamás Nagy, the mayor of Budavár and Dr. Károly Hafenschafer, the Ministerial Commissioner greeted the people present. On behalf of the Hungarian Government, Mihály Varga, Minister for the National Economy gave a speech. The last spokesperson in the event was Péter Gáncs, the President- Bishop of the Hungarian Evangelical Church, who blessed the fountain at the end of the ceremony. 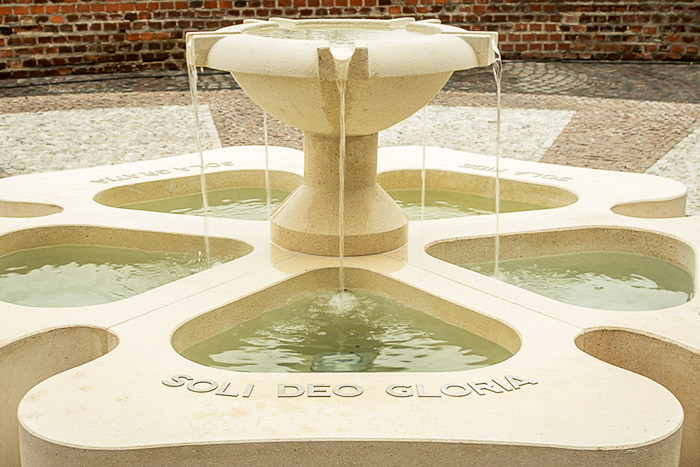 The mayor explained, at the same time this fountain is about the past, the pure justice and the source of life with its clean water.

Reconstruction of the Opera House is going to soon take place

The design and construction contract related to the long-awaited renewal of the Opera House was signed by the Opera House and West Hungária Bau Kft. - Épkar Zrt. - Laki Épületszobrász Zrt. consortium on 28 September 2017. 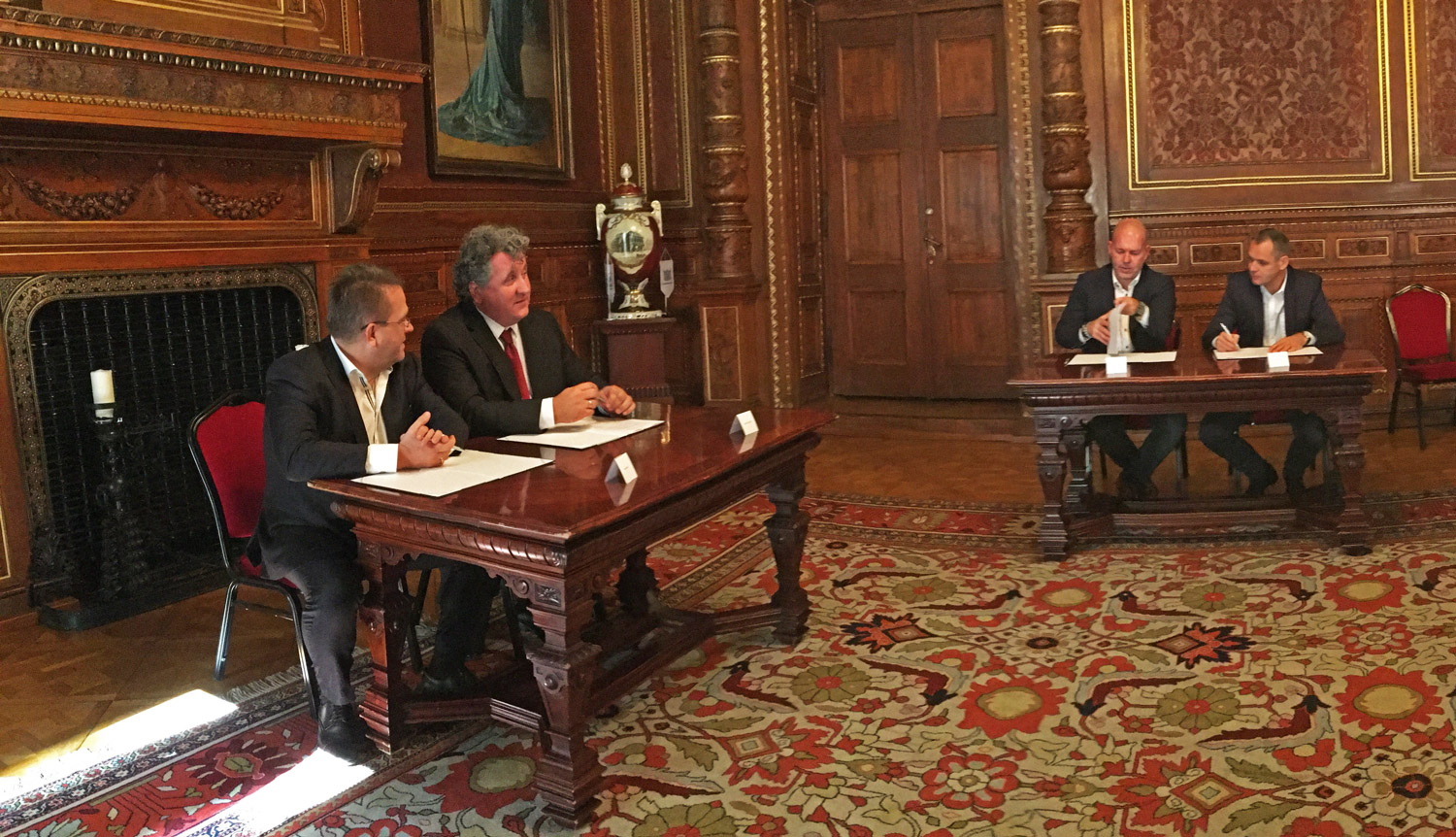 During the reconstruction of the building on Andrássy Street and the renewal work of its related Operation House, the technical building and electricity network becomes modernised. The facade, the auditorium and the balcony aisle will be renewed and will be untarnished again. The restauration work of the monumental squares has been partially accomplished. The offices, changing rooms and the related sanitary units will be restored.

The reconstruction works of the synagogue built at the design of Otto Wagner in 1870ies at Rumbach Sebestyén Street 11-13 under monument protection started. 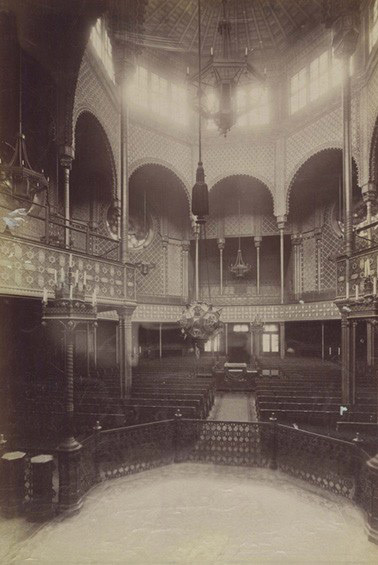 The plans made to the project under the title ’House of Coexistence’ target on one part the reconstruction of the synagogue, and the establishment of a state-of- the-art museum on the other. The wing to the street will house lecture halls, exhibition area, coffee shop and a souvenir shop. In the centre of the yard-section stands the decorative synagogue which will serve as a multi-purpose function room. The narrow yard bordered by the synagogue and the neighbouring buildings will accommodate open-air events.

On June 10, 2017 we held the first food-truck-like family day at our site situated in the Mogyoród útja. There was team-building table soccer championship for the colleagues, and the children competed in kicking, throwing at targets as well as playing keepie-uppie where they could win valuable awards. The inflatable sledge, the handcrafts and the electric cars were very successful. 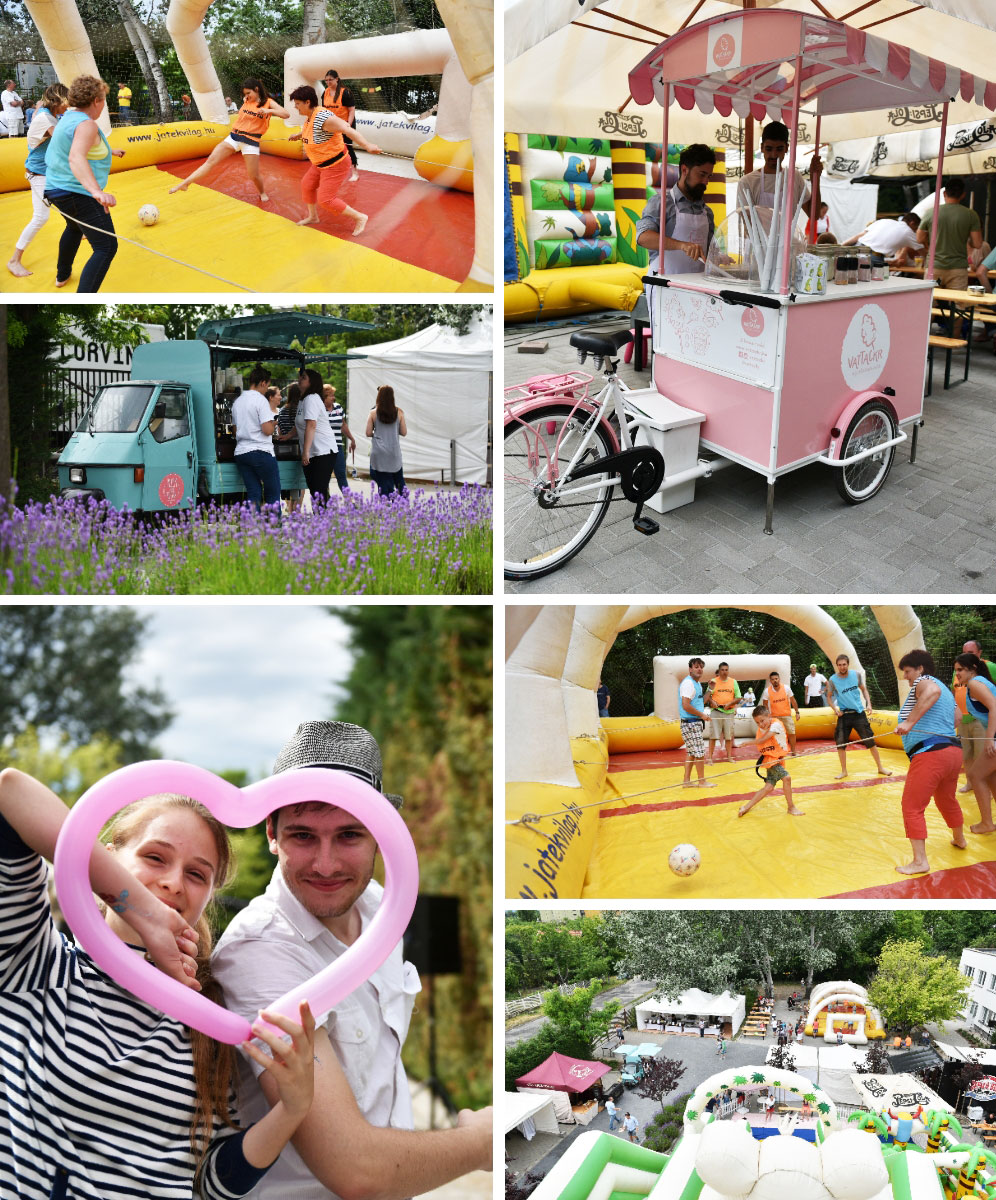 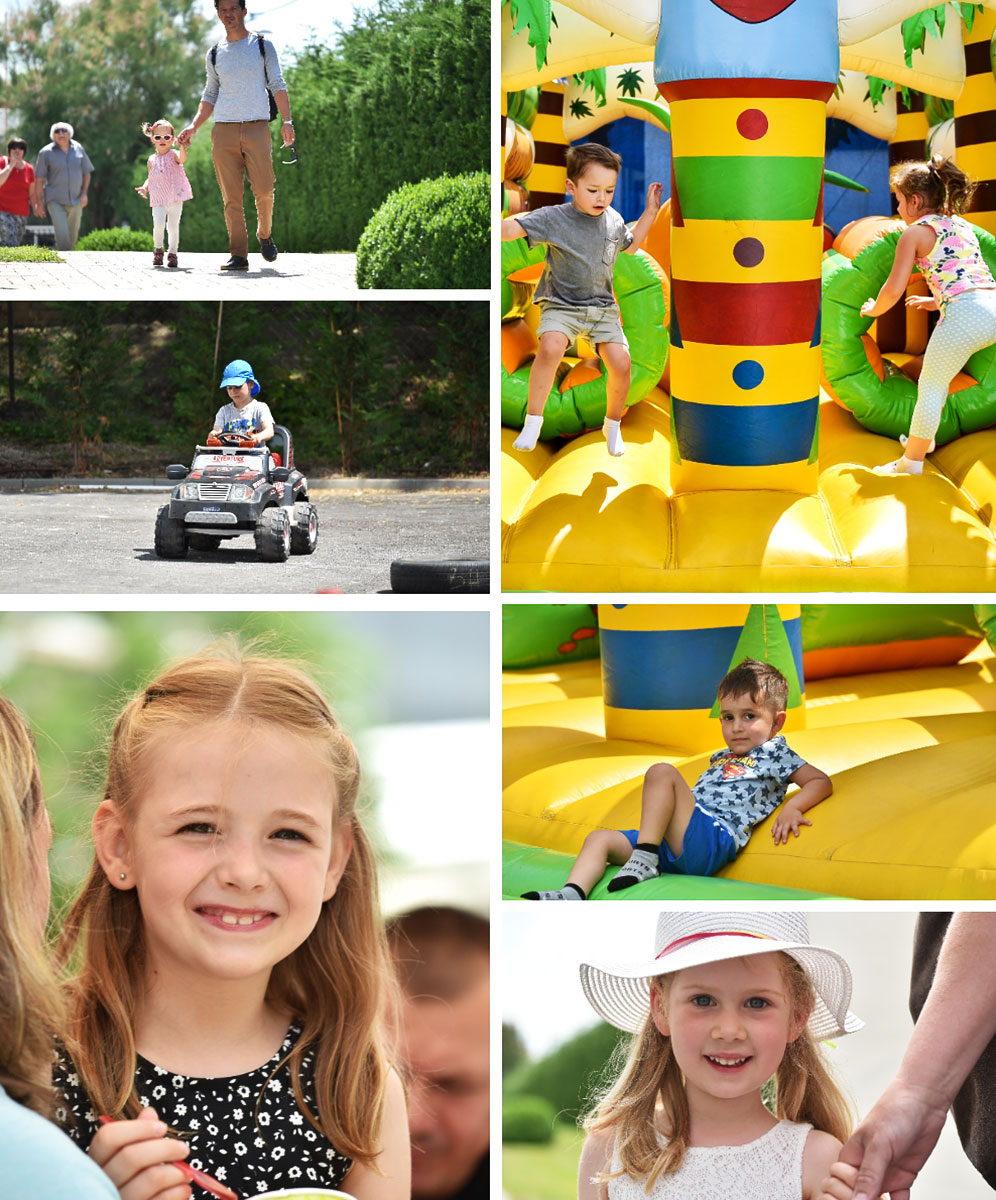 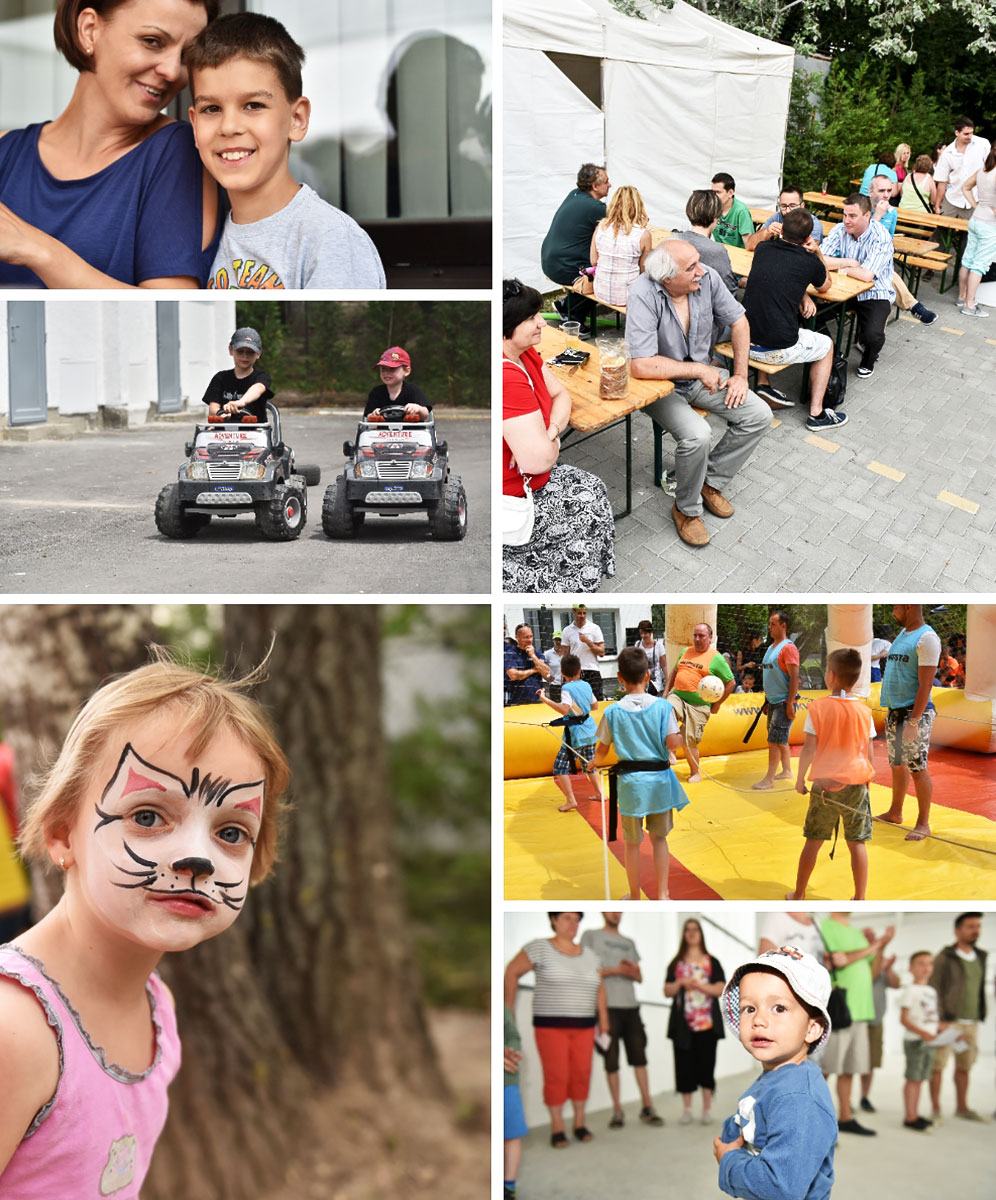 On May 31, 2017 an architectural Niveau award placard was inaugurated in the count’s building complex of the Esterházy palace

The Architectural Niveau award achieved by the latest development of the Esterházy castle of Fertőd was inaugurated. In the project performed by the Laki Épületszobrász Zrt based on the plans of the M Architectural agency the count’s building complex, the so-called small castle was renovated, which is part of the main palace.

- Orangerie,
- the water tower,
- the Marionett puppet theatre,
- the Western connection wing,
- and the Bailiff’s house – depending on their condition – realised at various extent. 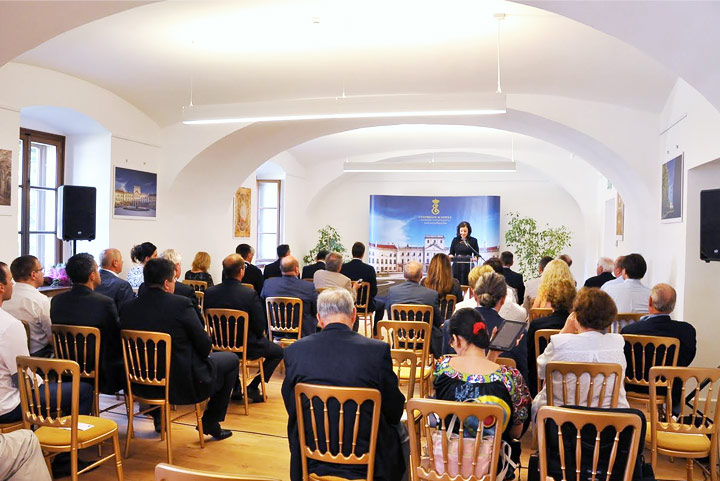 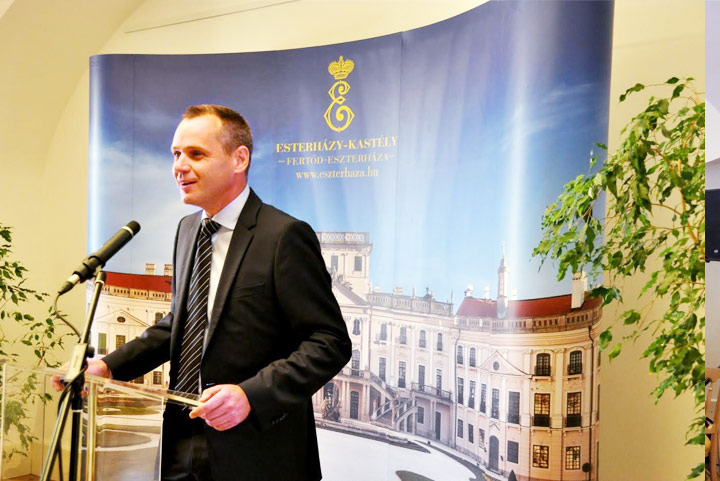 The jury explained the award of the ÉVOSZ and several other 8 architectural organisations telling that the reconstruction recalls perfectly the achievements of the monumental and archaeological research and the atmosphere of the Esterházy family’s era. „The perishing complex of buildings managed to find a function, and nowadays the entire castle complex is managed from here”. 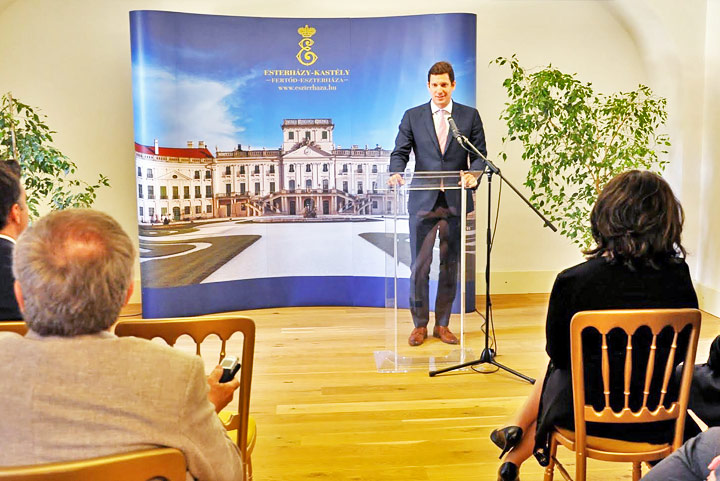 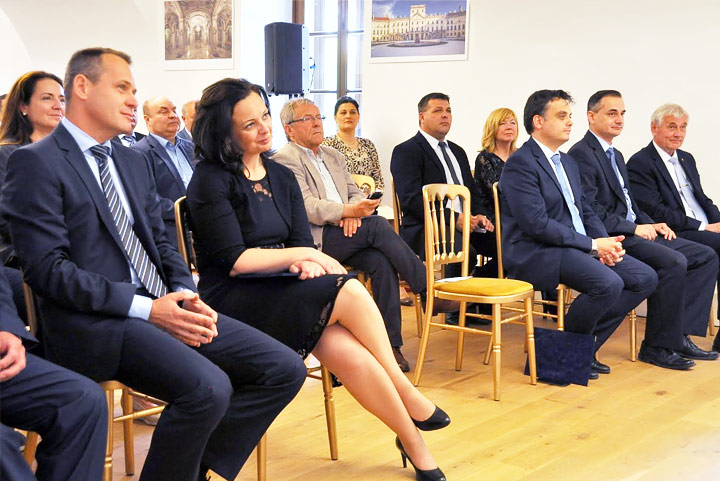 The development of the Esterházy palace of Fertőd has been continuous since 2009, the renovation of the small palace ended last year in summer as the 3 rd phase of the reconstruction, the 4 th phase can be realised from EU sources and the 5 th phase from domestic sources. When continuing the project the western wing and the middle block of the building as well as the monumental restoration of the Belvedere and the clock-tower will take place, the treasury gets back to its position. 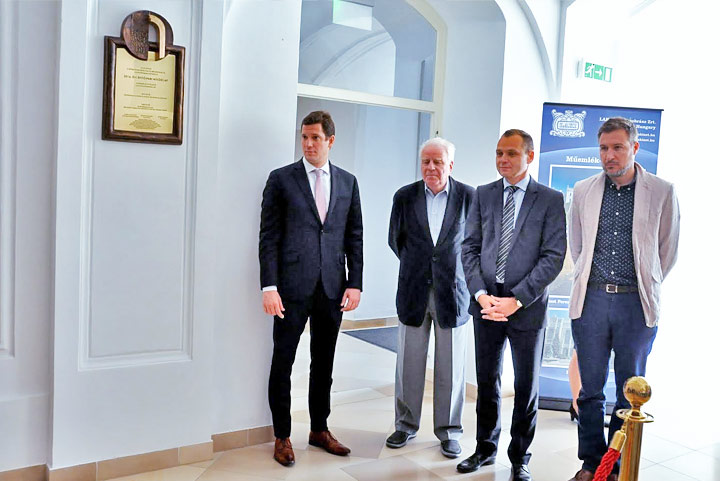 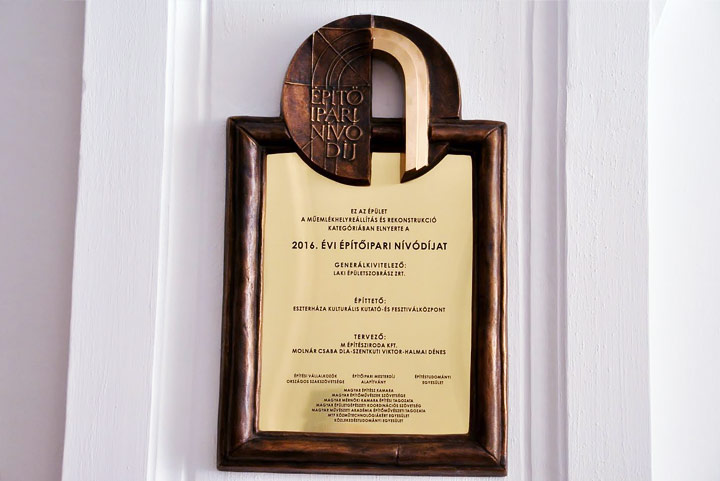 The Budapest hotel started only 18 months ago and it has achieved an unprecedented success: the current rank-list of the TripAdvisor chose the Aria Hotel Budapest the best hotel of the world. One of the most popular travel sites of the world established this rank with the scores of the users. 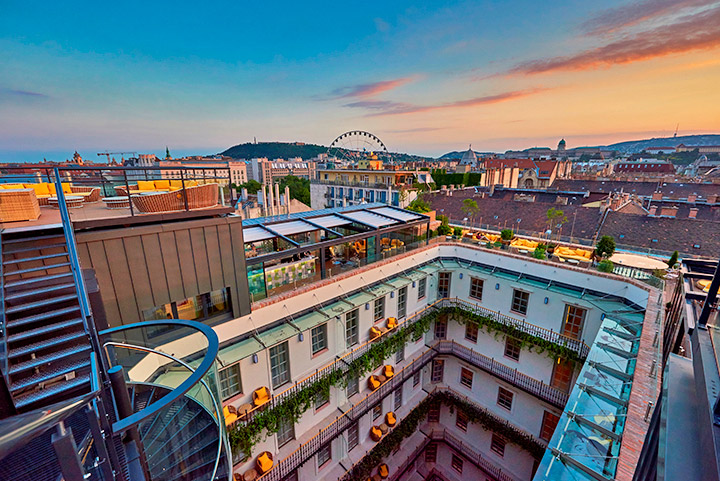 The portal used the following guest evaluation as illustration when showing the picture of the hotel: It is simply perfect. Excellent equipment and structure, perfect location, helpful personnel, clean and modern, splendid spa services, magnificent breakfast and tasteful wine and cheese assortment in the afternoon!

The Aria Hotel Budapest opened in 2015 in the Hercegprímás street, as the youngest member of the Library Hotel Collection group. The hotel chain for its buildings with special characters is focussing mostly on the Central-European region – besides the accentuated presence in New York.

The guests entering the Aria Hotel Budapest are fascinated immediately by the surrounding music, each room is built on a music legend. We inspected the booking system of the hotel: the room prices start from HUF 68,000 / night. 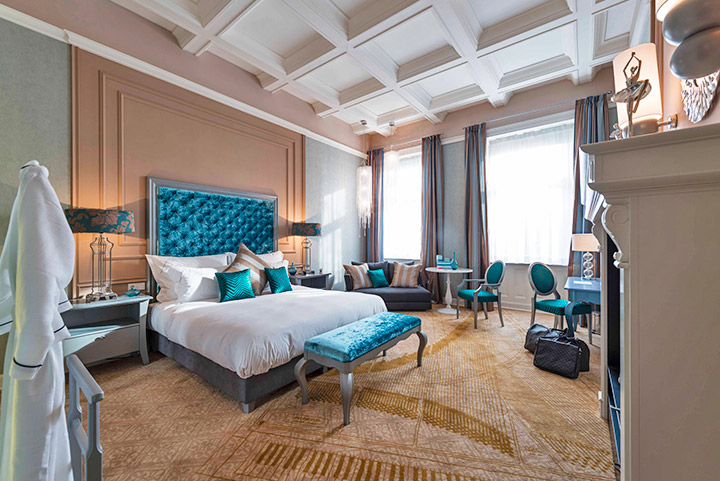 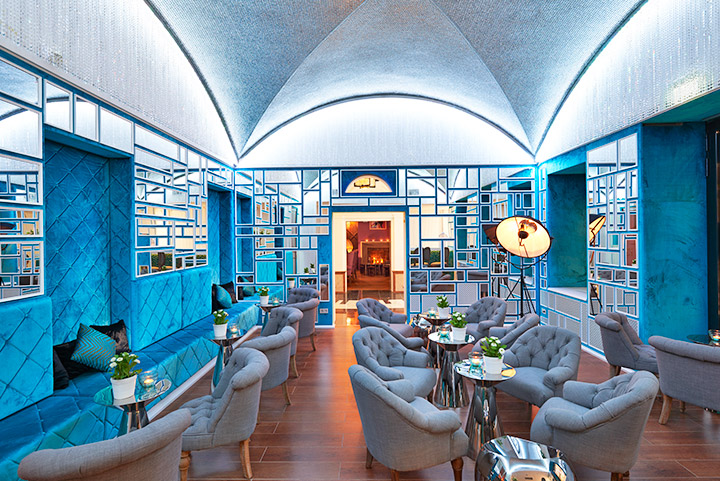 Besides the special design the hotel features a unique panorama and roof terrace. The High Note SkyBar provides a view the entire capital and the dome of the Basilica. The Aria Hotel Budapest has recently become the best hotel of the Central-European region according to the American Condé Nast Traveller magazine’s survey of this year where more than 300 thousand travellers had participated.