On 17 November 2008 the renovated house of Dialogue House of the Society of Jesus Order was completed and opened. 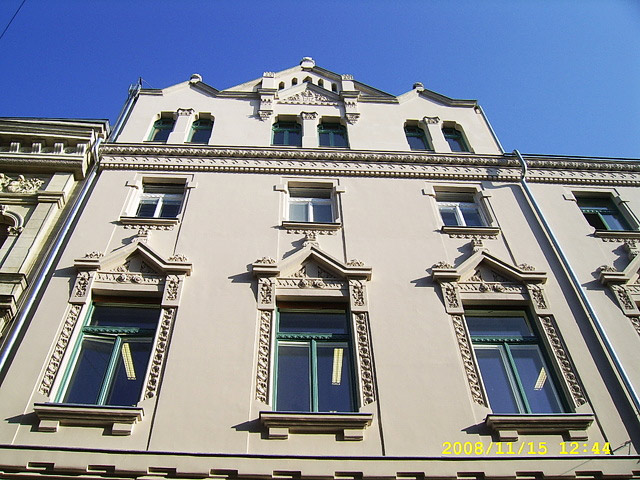 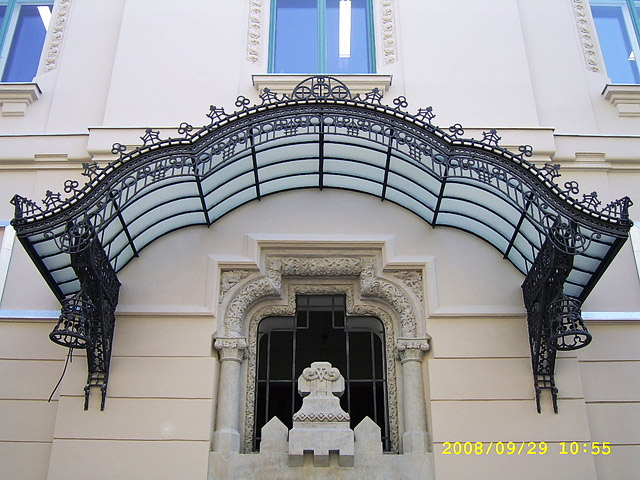 In the renovation the street and yard facades were refurbished and reborn, while the inner areas became more transparent, spacious and good to live in – to the appreciation and satisfaction of the orders. 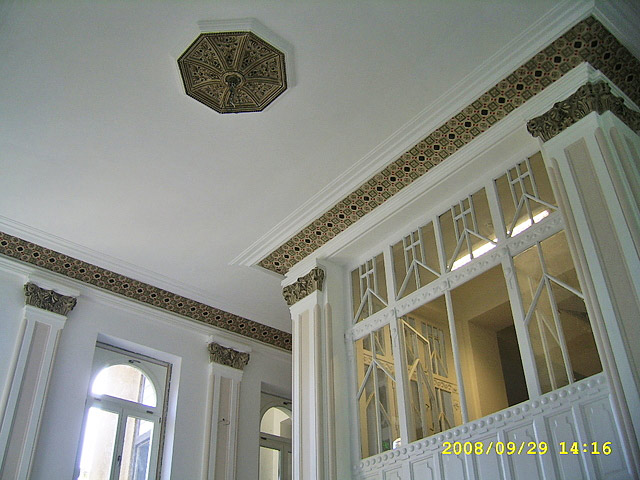 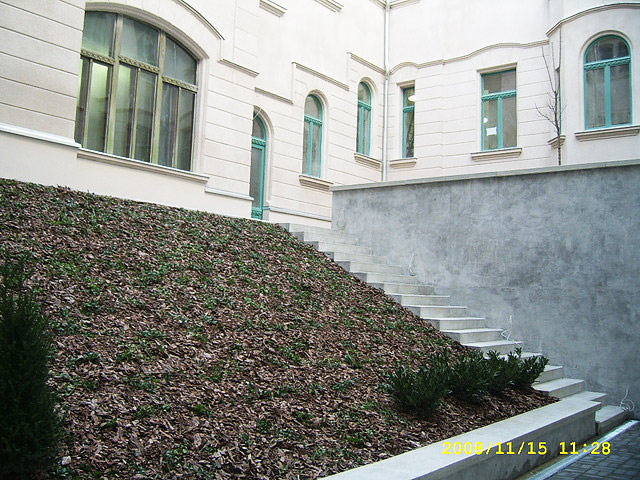 We have delivered the maintenance jobs of Déli Railway Station. 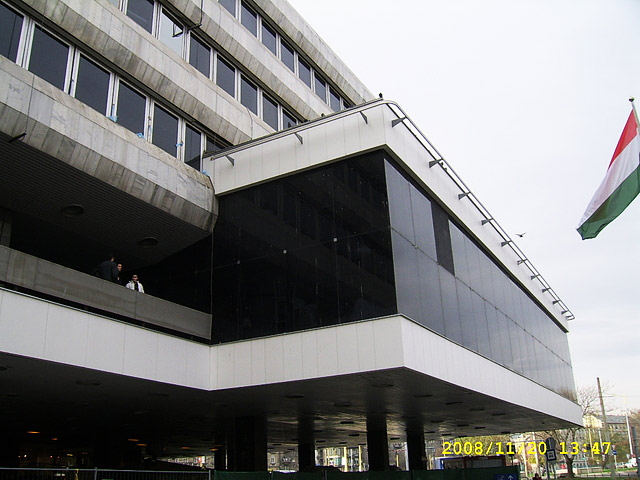 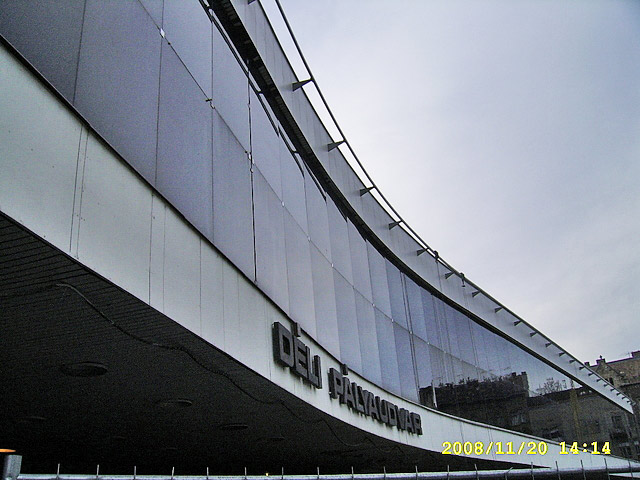 We have delivered the following jobs within the framework of the Déli Railway Station’s maintenance work on 14 November, 2008: - we have made the façade coating more uniform; we have secured that the stone floor covers are stumble-safe; we have provided the missing parts of the suspended ceiling and painted the suspended ceilings to achieve a uniform colour; we have renewed the old and worn-out electrical network, we truly hope that not only to MÁV Zrt.’s satisfaction but also to the satisfaction of the passengers.

The reconstruction of Pesti Vigadó is resumed

We have officially taken over the job site for the construction and restoration work of Pesti Vigadó today. In the first phase the building’s demolition, structure building and roof building jobs will be completed by the end of summer 2009.

One of the capital’s most elegant concert hall and cultural institution is operated in the building which was built according to the architectural designs of Frigyes Feszl in 1865. The building, that was renovated in 1980 for the last time, will greatly be renewed now, complete wings will be demolished and replaced by annexes of reinforced concrete structure which will provide modern servicing and operation for the cultural institution. 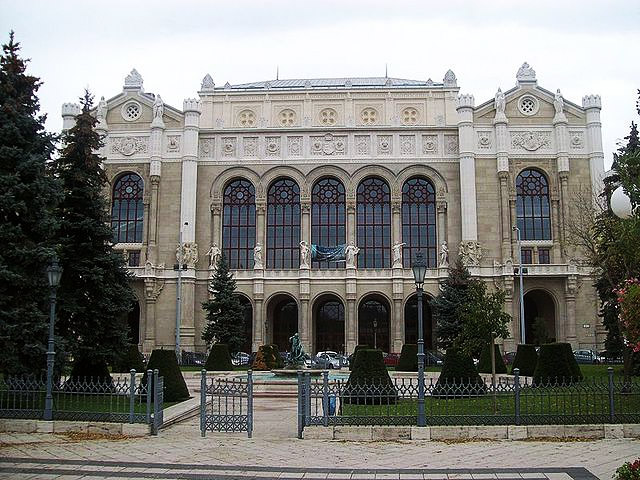 The full-scale construction and restoration work will expectedly be completed by the end of 2009. (Source of the photo: wikipedia)

The Szabados Ltd, joined us, has finished the woodworking industrial and interior design works of the Lánchíd Palace Office-block, the Hotel Spirit***** in Sárvár, the La Grand Casino and the Széchenyi Spa, and with this it has laid the first foundation-stones under the Laki flag. 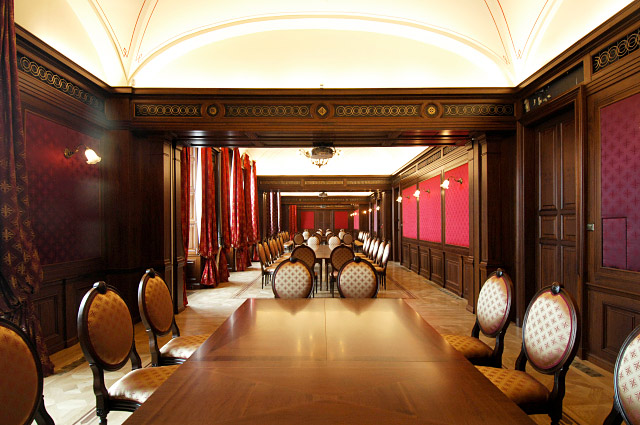 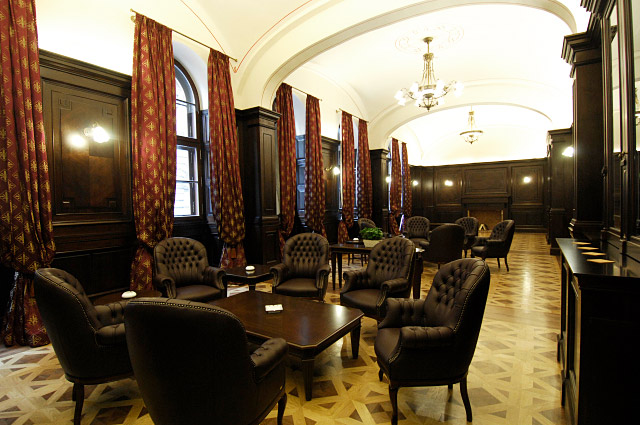 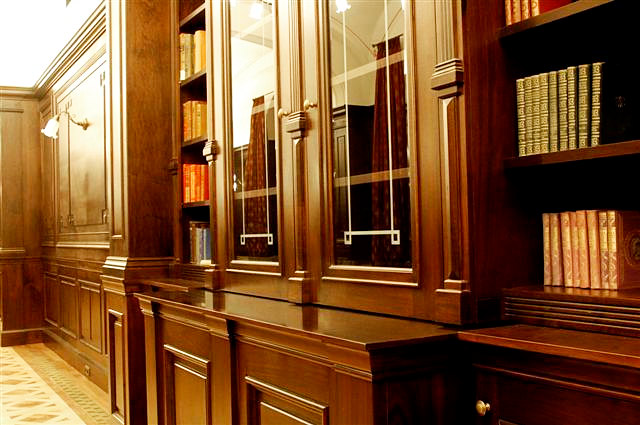 We have started to renovate the Turkish bath of Császárfürdő

In the frame of a public procurement procedure we have won the tender for the reconstruction of the ‘Veli Bej’ Turkish bath that is situated in the building complex of the Császárfürdfő (Kaiser’s Bath).

According to a tablet the bath was built by Pasha Socollu Mustafa in 1570. Veli Bej, the eponym of the bath was a contemporary of the pasha and presumably rented or rebuilt the building. It was considered to be the most beautiful bath of Buda both by Turkish and European travellers. The measurements of the bath are breathtaking. Walls were erected around the building and the interior of the bath was partly altered in the 19th century. There is an octagonal bath with five steps in the quadrate central hall with a dome-shaped vault. Four dome vaulted rooms open from the central hall each with a smaller square-shaped private bath in it. The baths are richly ornamented with stalactites in the corners and step-like ornaments above the doors with pointed arches. 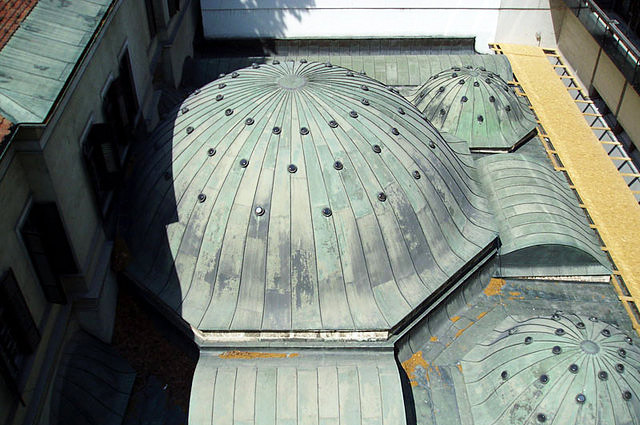 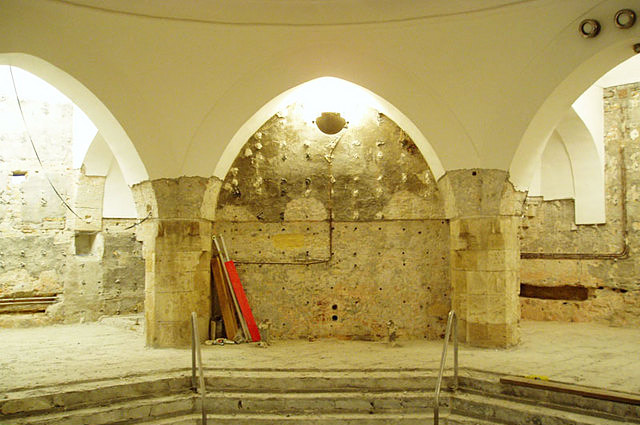 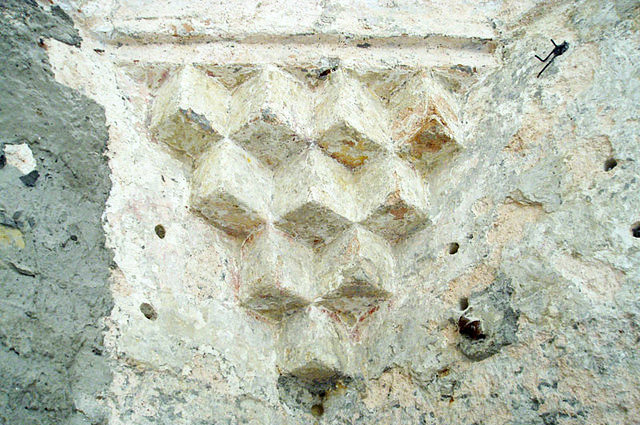 The renovation works are expected to be accomplished by the end of 2008. Illustration sources: ‘Múlt-kor’ historical portal.

We have handed over the building complex of the ancient museum connecting to the most significant baroque castle of Hungary, Festetics Castle in Keszthely.

The Game Exhibition as well as the Railway History and Model Exhibition are housed in the renovated and extended three-storied stone building which was dedicated by the minister of local government and area development, Gordon Bajnai, within the framework of an opening ceremony on 25th of April.

In his dedicating speech, Gordon Bajnai minister made comparison between the era of György Festetics and the period, through citing the example of the Maecenas count. He emphasised that one who thinks of developments builds the future. The outstanding predecessor could look out to Europe and laboured over modernization, stated the minister expressing his appreciation. By all his activities he had grounded the future in which we can have confidence even after two centuries. In connection with the implementation of the museum building, the minister mentioned that Hungary holds the first place in developments. He mentioned that he knows well the development programme of the museum complex which take care of the Festetics estate and he promised that strictness, consistence, expertness and quick decisions will be applied during its further implementation. 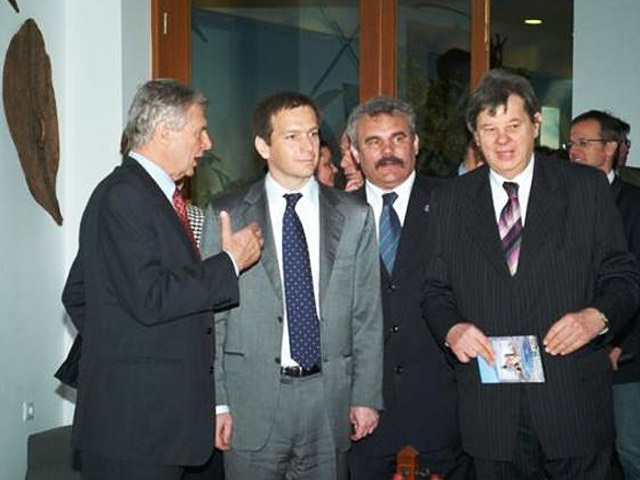 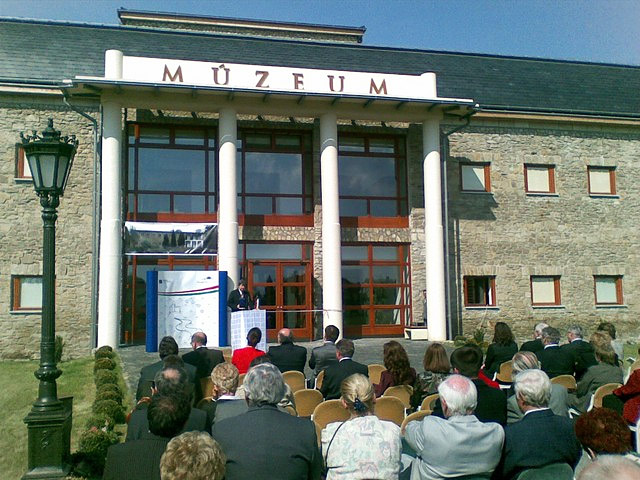 As the host, Dr. László Czoma director conceived in his welcome speech that the completion of the museum is the prelude to another glorious period of the modern history of the castle museum. This is the first step towards the full reconstruction of the historical castle park, out of the 25-hectare area of which some 2.5-hectare area has been restored during this project. He said that the collection seen among the walls of the castle is unique even in European figures and the wonderful showpieces are exhibited to the visitors through special showing techniques, interior designer solutions recalling the natural environment. You can see 120 mounted animals, 450 trophy representing almost 200 species of five continents. In the railway model exhibition you can admire 146 engine-driven model vehicles which are running through a huge plotting board representing the famous historical lines. 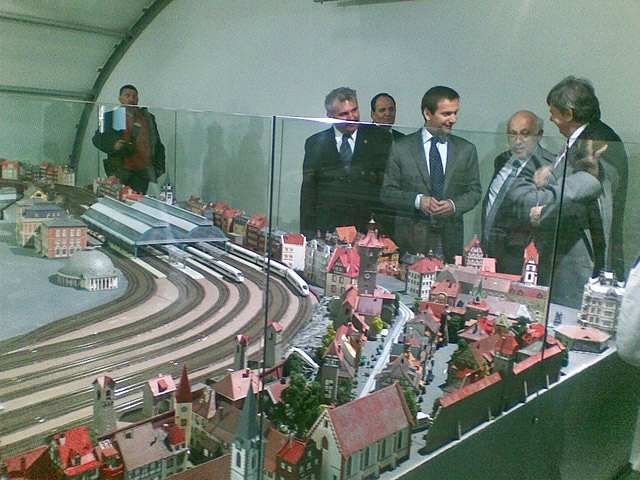 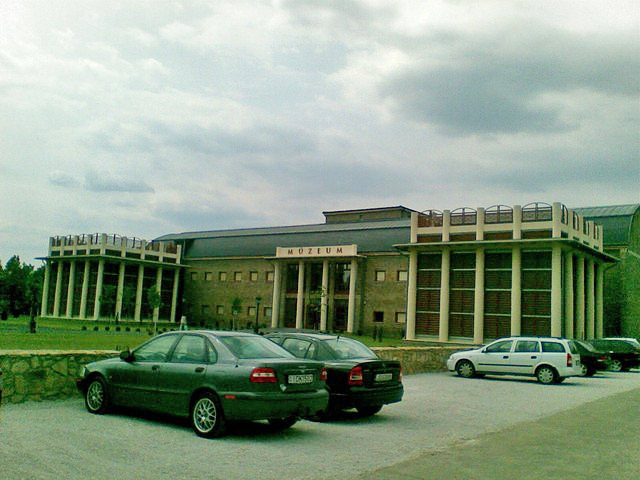 The renovation of the museum was financed by EU assistance and budget resources. It cost 688 million HUF, and as a result of its functioning, 23 new jobs have been created. The building was opened at Easter; several thousand visitors have admired it since then. Dr László Czoma cited some remarks made so far in the visitor’s book. During the ceremony, Lajos Balázsovits performer read some portions from the book of Zsigmond Széchenyi hunter-writer titled “Feast-days”. Then the participants went for a walk in the museum with the leading of György Dózsa and Béla Hidvégi who have got a part of the animals shown.

Facade of Phase II of Laki Trade Centre has been completed

Following the installation of the aluminium doors and windows of the façade of the office building, the first element of the Croatian limestone face-work was placed in the middle of March. 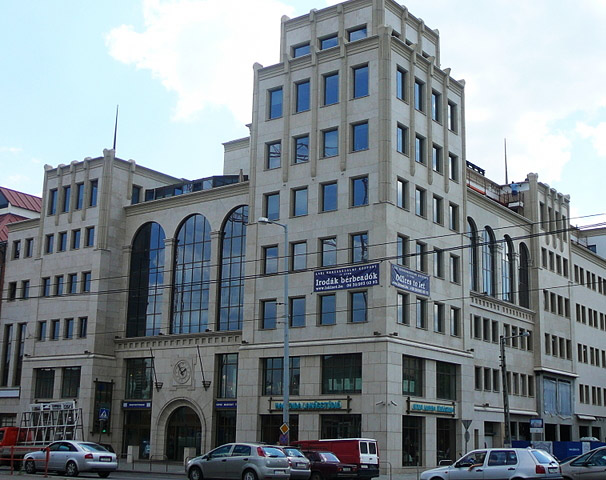 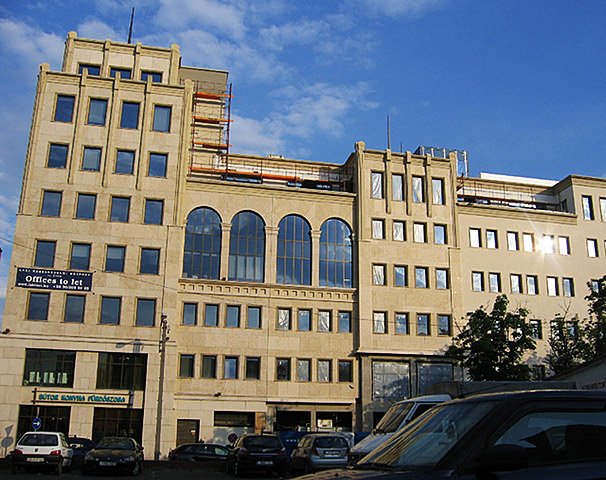 Then, as a result of the great work of our building sculptors and the excellent work organisation of our general contractor division controlling the implementation of the whole project, the street front of thirty meters width and five stories height was completed in only 6 weeks. After the demolition of the scaffolding on 28th of April, it will obviously be a worthy continuance of Phase I of the office-block handed over three years ago.

This year the Interior Designer of the Year Prize founded in 1998 by Péter Laki was deserved by Klára B. Soós qualified designer-artist.

In addition to the gold-plated bronze plaquette, the prize-winner might take over the one-million HUF award as well from the founder, Peter Laki. The prize awarded the tenth time now was handed over by Dr. József Finta, president of the jury and Peter Laki, general manager of LAKI Zrt. on 14th of April in a ceremony held in the Museum of Fine Arts. 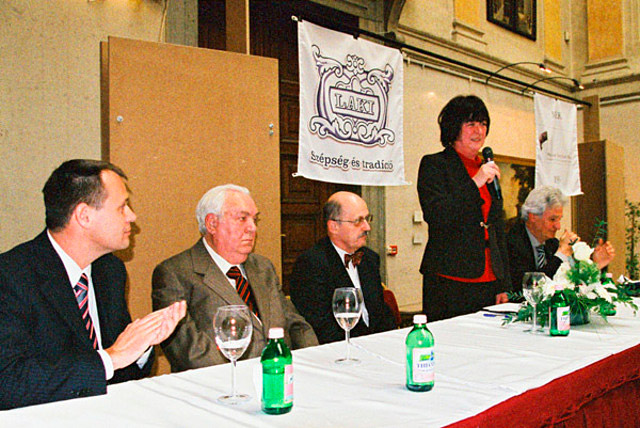 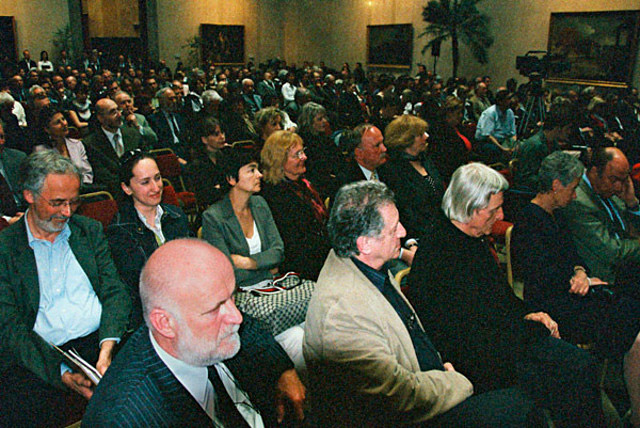 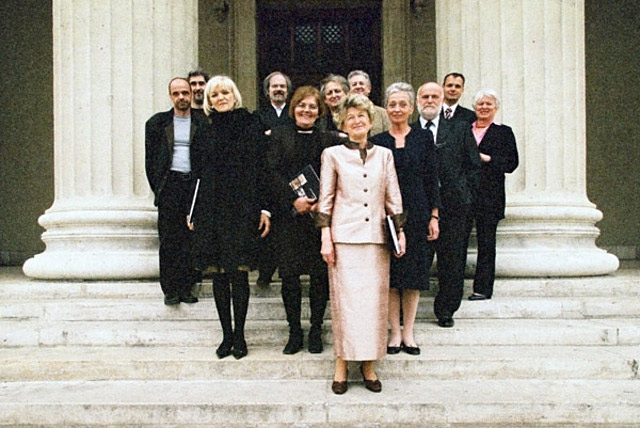 The protective building of the Old Christian Cemetery in Pécs is the product of the modern Hungarian architecture, the ancient monument protection and the worth protection and it has already become famous in Europe as well since it became a part of the World Heritage in 2000.

On the occasion of the tenth anniversary of the prize, Peter Laki issued an exclusive album of interior designers (142 pages, hardback) including all the application works submitted so far through which he would like to make obeisance to the profession. Peter Laki presented the album “the Interior Designers of the Years 1998-2007” to the prominent representatives of the profession that is the persons included in the book, within the framework of the prize ceremony.

We hope that just a little more than three years after the opening of Phase I of Laki Trade Centre, Phase II will be handed over this summer.

During the only nine months passed from the first step in April, the last, eleventh storey of our office block was completed. The structure of the building including three basement levels, ground floor and seven stories consists of monolith reinforced concrete, the frame structure received YTONG filler-blocks, while the underground building was bordered by watertight reinforced concrete cutoff wall and a base plate stood by means of piles. 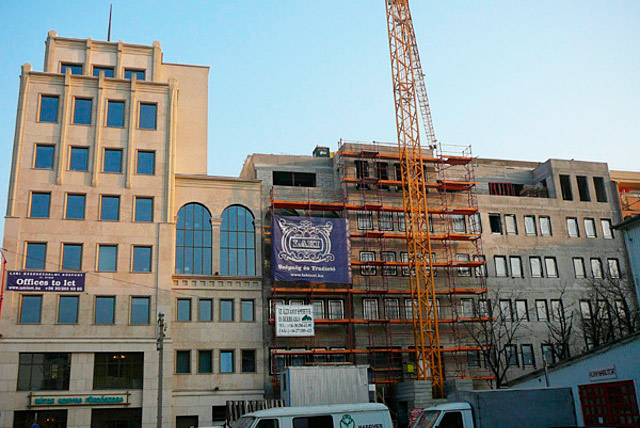 The structure built by now is closely connected to the building which was completed in Phase I and has already been operating. According to our plans, not only the main entrance will be common to both buildings on the ground floor, but they will be connected together on each of the further stories. In spite of the very complicated static problem, the opening of the two buildings on Level -1 has already been completed through the cutting through of the existing walls, so we could hold the year-end Laki Party there. The unique venue contributed to the great success of the event among our employees. 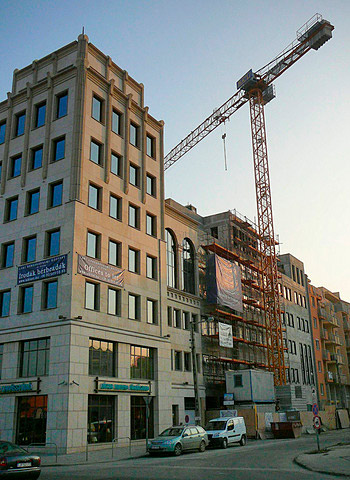 Following the holidays, the implementation of the office-block continued regularly, in addition to the structural work the sanitary engineering and electric installation work was also done with huge forces, and the specialized finishing work will also soon begin.