The execution contract of the Academy of Music has been signed

Budapest, 26th August 2011, Friday (MTI) – The execution contract about the renovation of the Academy of Music was signed; the document was signed on Friday by András Batta, the rector of the Liszt Ferenc University of Music and the managers of the three contractors, the Arcadom Zrt., the Laki Épületszobrász Zrt. and the Swietelsky Magyarország Kft.

The project realized by the support of the European Union was named "the Liszt Ferenc Academy of Music, the renewing centre of the European higher musical education", the value of the execution contract is nearly 6 billion HUF, the renovation, which in addition to the preservation of the values of the ancient monument is accompanied with complete modernization on the Liszt Ferenc square, has to be completed within 20 months. 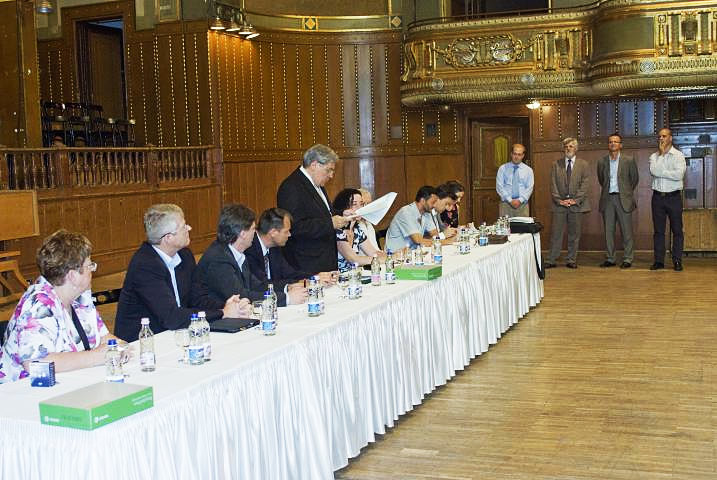 The works can be started on Monday, while the university moves into the new building in the Wesselényi Street established with complete reconstruction, where the opening ceremony will be held in September.

At the time of signing of the contract András Batta rector called up that because of the search for resources and the dragging public procurement procedures long, bumpy road has been closed since the publication of results of the architectural planning tender of 2003. As it was said the practical start of the project is of great importance both for the students, the teaching staff and the music-lover public since the building bears the intellectual and artistic heritage of Liszt Ferenc.

The renovation works of the Esterházy castle in Fertőd

Our Building-Investing and Stone Industrial Division has continuously worked on the renovation of the Esterházy castle since 2010. 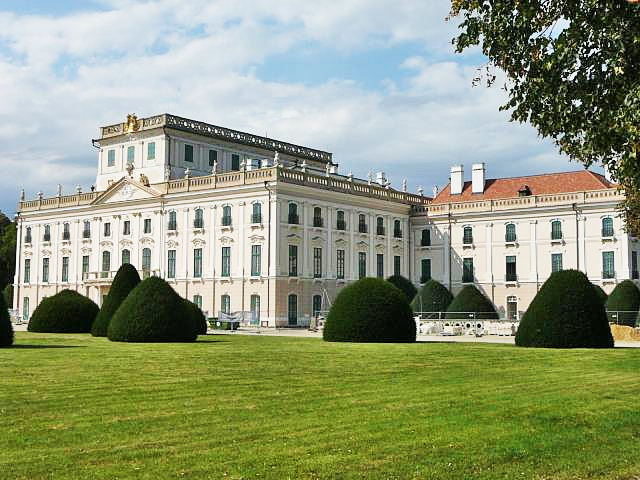 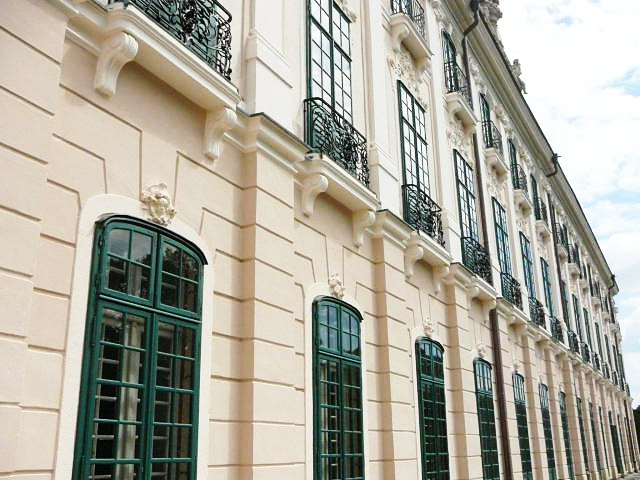 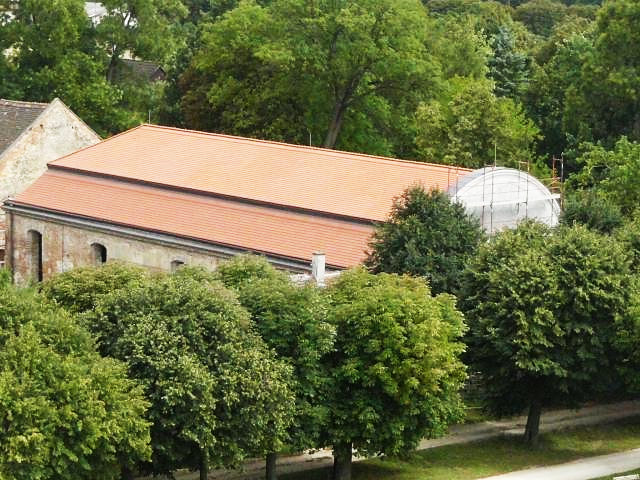 In the course of the 2nd stage that was won this year we will complete the architectural, engineering and electronic reconstruction works of the castle wings and of the Grenadier House.

Within the framework of the programme called the development of touristic attractiveness of Sopron the gothic-style Benedictine Lady in Harvest church being under national protection and the building of the monastery were renovated with the support of the Union. 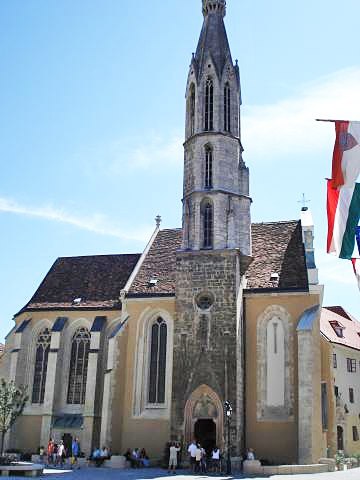 The LAKI Zrt. completed the renovation as a general contractor, as a result of which on 14th August during a solemn ceremony Dr. Asztrik Várszegi bishop, Benedictine reverend father held the reconciliation of the XIII century building that in the vernacular is called Goat church as well. 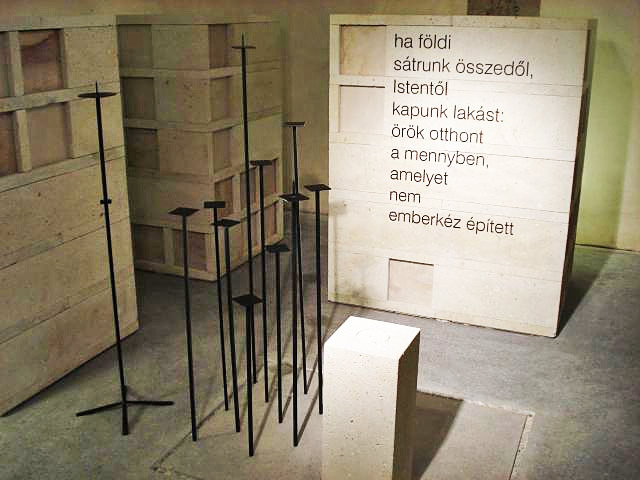 The „Interior Designer of the Year 2010” award was handed over

The „Interior Designer of the Year” award, founded by Peter Laki had been handed over for the thirteenth time. The ceremony, on which Géza Szőcs, State Secretary for Culture, took part as a special guest by the Ministry of National Resources, was held on the 13th of April in the Laki Trade Center.

In year 2010 the jury evaluated the interior design work of the Kodály Center in Pécs as best, for the first time in the history of the prize, when László (f) Rádóczy – Zsolt István Tolnai pair, who already won in 2006, could have been greeted as winner. Repeatedly they could take over the memorial plaque and the one million forint prize from Péter Laki president and CEO. 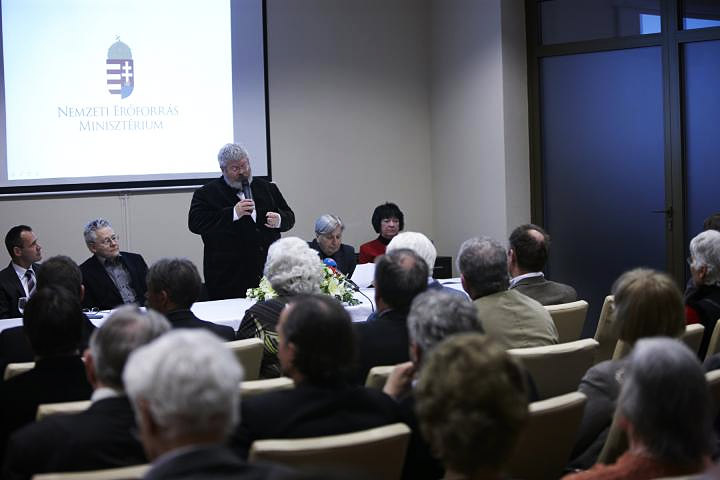 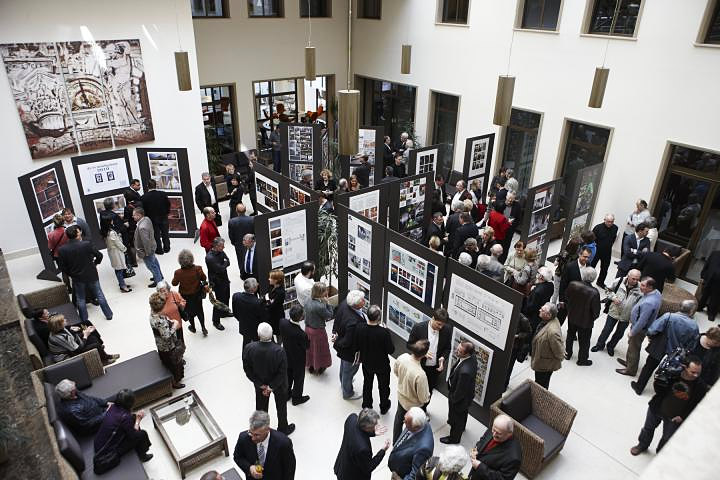 The chairman of the jury, Dr. József Finta delightedly stated that during the competition, existing from 1998, the outfield of 2010 proved to be the most prestigious. He praised the winners with the following words: „The value of the outstanding work, that it is able to speak with the building as a whole, namely with the building of the house, while we know, that mainly with the interior design of the great hall, had to give consonant answer to serious functional acoustic and mood questions.”