Aria Hotel is about to be completed

Our five-star Aria Hotel project is about to be completed that stands near Basilica at the address Hercegprímás utca 5., the general construction works of which we started in July 2013. The internal design of the nine-storey, 49-roomed, luxury hotel built on music thematics is marked by VarroDesign. The rooms are 'dedicated' to famous composers, musicians and the materials, books and DVD of the music libraries will be let to the guests' usage. 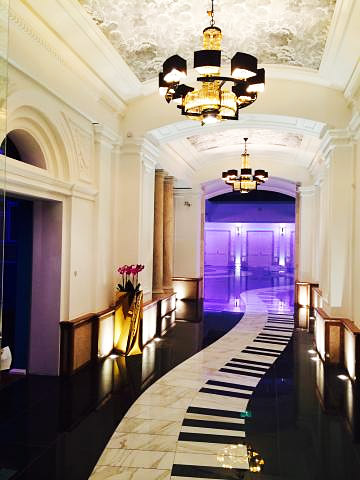 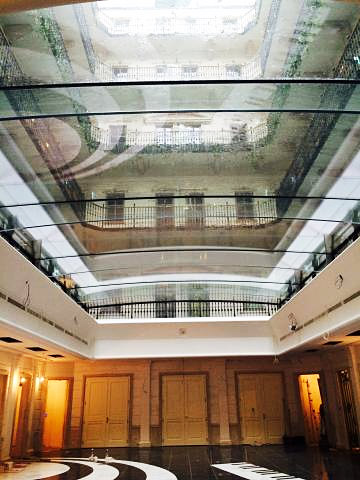 The building provides the hotel's guests with several special technical solutions in order to create luxurious entertainment for them. Each room of the hotel fulfils the acoustic requirements of a "concert hall" owing to partition walls and layers with acoustic insulation and the most up-to-date room sound systems - specified during lengthy acoustic tests and measurements. The complete building engineering system of the building is completely independent of natural gas - almost uniquely still today - , the full heating, cooling of the facility is provided by the most modern air-heat pump system therefore, the operation costs can be kept at the most optimal level.

Another technical speciality of the project is the good location of the bulding and that all the engineering centres (air technology centre, heating centre, hi-fog centre, pool engineering, etc.) are not located on the roof level because of the SKYBAR planned to the roof but they are placed into the lowered basement level.

The HARMONY SPA is completed in the basement where a swimming pool, Jacuzzi, massage rooms, saunas, steam bath, fitness are located by providing the guests with complete relaxation and recreation. The restaurant and the spectacle kitchen, the bar, the library and other community spaces are realised on the ground floor while the visitors can spend their leasure time in the SKYBAR placed on the roof-level by enjoying the skyline over the city.

The ATRIUM is realised in the patio of the building surrounded by corridors all around covered by an arched glass roof composed exclusively of glass elements, without steel support structure - as a very rare feature all over Europe - the gracefulness of which ensures a really special atmosphere and feeling of space to the guests entering there.

Somogyvár Visitor Centre is being constructed

The project entitled „Development of the Somogyvár, Benedictine Abbey, Saint László National Memorial Place” realised under the co-financing of the European Regional Development Fund and the Hungarian Government has arrived to a new milestone: In the autumn of 2014 the construction works of the visitor centre is started in the neighbourhood of the ruins of the Benedictine Abbey.

The construction contract of the investment was signed by Mr Sághi Attila, the President of the Forster Gyula National Heritage Protection and Property Management Centre, as project owner and by Mr Laki Péter, President-Managing Director of LAKI Zrt, the winner of the public procurement procedure. The solemn signature event was hosted by the Local Government of Somogyvár Village by emphasising that the Local Government supports the realisation of the development as a co-operative partner.

The objective of the project is to duly present the oeuvre of King Saint László and the history of the abbey. The development includes the monument protection of the open ruin area of the abbey lying in a special natural environment and the landscaping of the area enclosed by the ruin area and the visitor centre. The visitor centre involves the visitors into historical experiences owing to complex tourism services, by applying the most modern museum technology that apply interactive elements.

The castle of Füzér is renewed

The Füzér Castle Warden received a non-returning grant by their project entitled "Living Castle in Zemplén" amounting to HUF 1 billion 544 million two years ago; the investment is realised under the North-Hungarian Operative Programme of the New Széchenyi Plan, the works are done by Laki Zrt to be finished within a year. 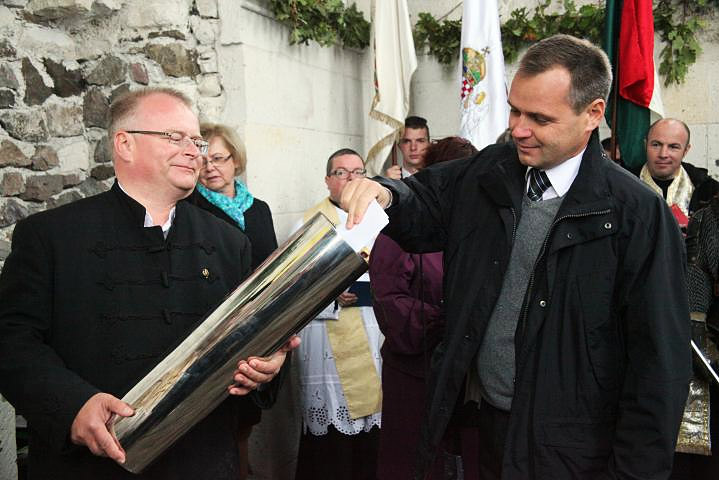 Hörcsik Richárd (Fidesz-KDNP), the parliament representative of the region told journalists following the laying of the foundation stone: the partial reconstruction of the castle might be started now, however, the final aim is complete renewal that is allowed by the current development resources granted by the European Union. The current project includes the partial reconstruction of the so-called upper castle and the palace wing, the castle chapel and the lower bastion will be renewed.

In relation to them, an information system will be realised in order to connect the current and future tourist attractions, information technology control, security engineering and the entrance ticket system.

The objective of the development is to shift one of the most visited tourist attractions of the Zemplén region better into the focus of tourism.

The primary aim of the programme intended to renew, reconstruct and expand by a gallery the locally protected building constructed in 1897 found in an environment surrounded by monuments is to preserve its market function by placing it near the existing food shop.

The perspective drawings of the reconstruction are promising. Among the „props” of the era, the cast iron building structure and the wood cladding of the roof, modern technique - escalators, lifts - will be built in.

The expected completion of the project is September 2015.

The Abbey Manor Visitor Centre is inaugurated in Pannonhalma

The Abbey Manor Visitor Centre in Pannonhalma opened its gates on the 10th July 2014.

On that day, the building was inaugurated solemnly by Lázár János, Minister leading the Office of the Primer Minister. The Centre houses permanent and temporary expositions on a surface area of approximately 1000 m2 in addition to a conference and cultural event centre, with a conference hall suitable to host 180 participants and a special meeting room for 15 participants and a kitchen with modern appliances for serving them. Furthermore, a café-confectionery, souvenir shop, touring information point look forward to tourist with a visitor- and family-friendly service infrastructure. 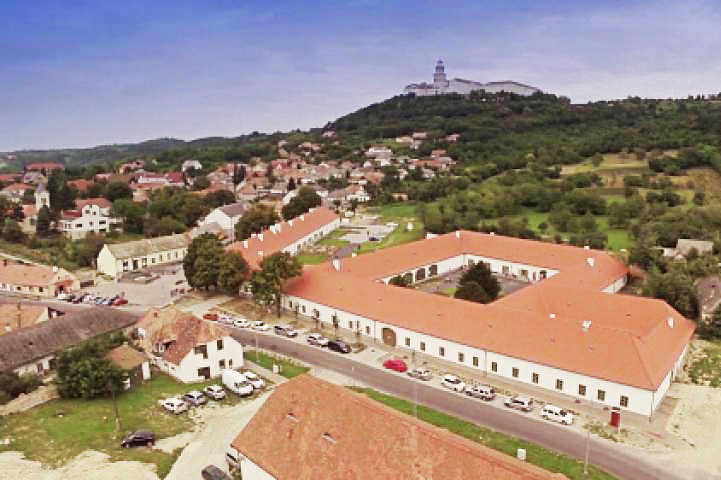 The Minister noted about the investment realised of more than HUF 1.5 billion: in the financing cycle closed at the end of last year the governments - independently of their political inclinations - had supported the development of the Pannonhalma Abbey thus, the Pannonhalma Benedictine community had won around HUF 5 billion totally from the funds of the European Union and the Hungarian government between 2007 and 2013.

When blessing the renewed facility, Várszegi Asztrik, Bishop, Archabbot spoke about the following: their strength to reconstruct the ruined walls originates from that "our basic position is that we love this place".