We handed over the renovated building complex of the former Royal Riding-School.

The renovation and implementation work of the building complex and environment of the Royal Riding School was handed over today within the framework of a ceremony. Owing to the reconstruction of the ancient monument, the wooden-structured riding hall of the greatest span in Middle Europe has been renewed, serving for not only riding events but also theatrical performances, concerts and other programs. In one of the former stall buildings found on both sides of the riding school, we have established a wellness bath including changing-rooms and fitness-hall, variegated with spectacles and providing modern wellness services, while in the other we rebuilt the box-system stall, preserving its original spirit. In the museum part of this latter building, the history and sights of Kisbér are also shown. This is the town where our famous horses, Kincsem and Imperial, were raised. 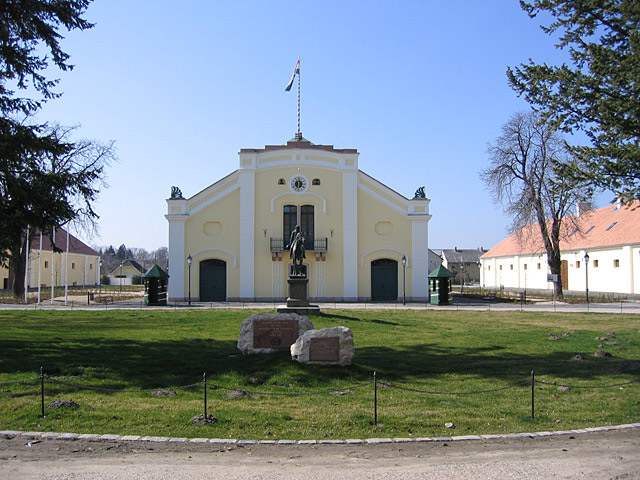 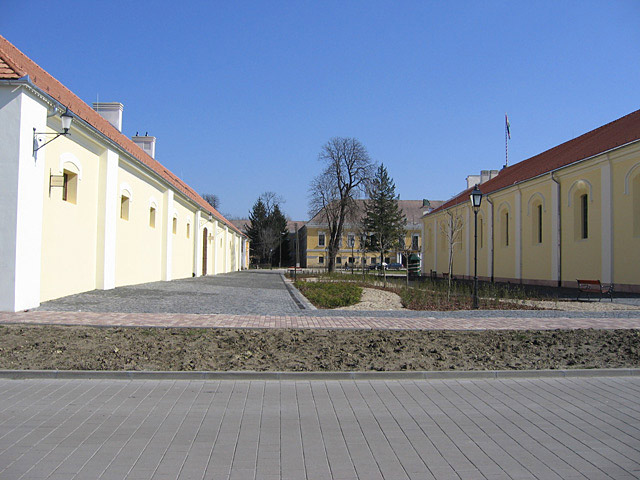 During the renovation, not only the buildings but also the environment was renewed. We established a beautiful park with walks of decorative surfacing, faithful lamp-standards, seats and horse-racing ground for those being fond of riding sports. We adapted the surrounding road to the ancient environment, through the replacement of the asphalt pavement with decorative surfacing and the installation of plant coffers, decorative lamp-standards.

The significant part of the 1.2 milliard HUF used for the development of the centre of Kisbér that is the renovation of the former Royal Riding School was financed by the European Union within the framework of the PHARE programme, while self-financed by the Property Directorate of the Treasury and the Municipality of Kisbér.

The environment of the Opera-House received decorative surfacing.

122 years should pass since the construction of the Hungarian National Opera-House for its environment can be worthy of one of the most beautiful neo-renaissance buildings of the world. The Municipality of Terézváros could not stand it any longer and decided this year that the asphalt pavement and the cars parking topsy-turvy will be replaced with elegant, decorative face-stones, plants, trees and of course pedestrians. The decision was followed by quick action. After the completion of the authorisation plan, they immediately called for public procurement tenders for the reconstruction of the public area around the Opera-House, which was won by our company Laki Building Sculptor Private Company Limited by Shares.

We undertook the following tasks: the streets around the Opera-House (Hajós, Lázár, Dalszínház Street) and the square in front of the Opera-House would receive decorative surfacing on an almost 5200- m2 area, including the public utility work connecting to it, the existing public lighting would be replaced with decorative lamp-standards, and trees, plants would be located in the plant coffers to be built. 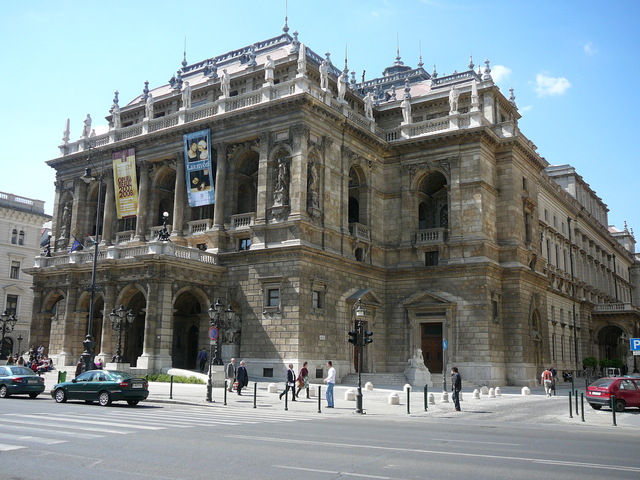 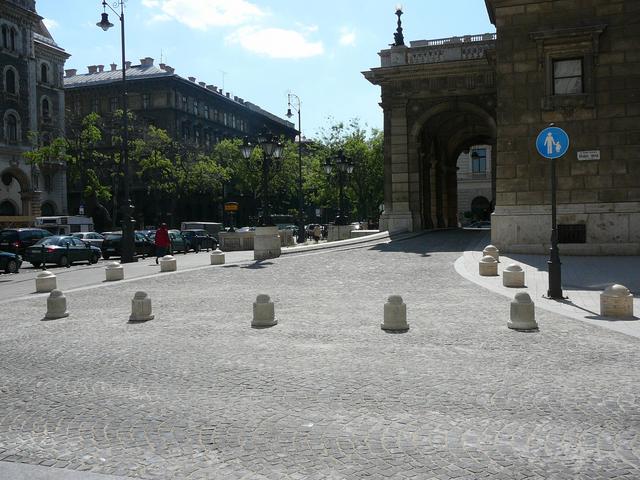 The working site was handed over/taken over on 25th of July 2006. The principal criterion of the building permit was that the operation of the Opera-House and the access to the surrounding residential buildings can be as usual during the period of the implementation. These seemingly small matters gave us plenty to think about. (…)

One of the most important points of our contract made with the municipality was the partial date and its fulfilment. By the gala performance to be held on 22nd of October, the whole area should have solid surfacing and be suitable for the reception of the delegations invited to the ceremony. Our progress was very slow along the footways. The specified time was drawing to a close. The underground cables were led through under the road by the so-called demolition-free drilling technology. We saved ourselves many troubles. The corner of the Dalszínház Street and the Andrássy Street was the most critical junction. Here, within several meters, we found a power circuit, a gas pipe, a sewer, a water-conduit and a communication cable. Prior to starting the drilling, we worried and had our hearts in our mouths, but owing to the exact measurement, the borer advanced without any problem. In the Dalszínház Street, we cut along the line of the footway with a ripper. Because of the gala performance, the asphalt pavement of the road was left, and only the sections coming from the neighbouring buildings were broken. Following the laying out of the public and fancy lighting cables and the lamp-standard bases’ letting into concrete, the work sped up. After the completion of the bedding and concreting under the footways, the concrete slabs were placed and the gutters made of small basalt blocks were formed. The fittings of the public utilities were aligned simultaneously with the formation of the surfacing. We put trees and bushes in the limestone plant coffers. Only the cleaning of the surfaces remained by 21st of October. Till the arrival of the lamp-standards in November, we covered the cables protruding from the bases with boxes containing ornamentals. Almost 30 heads of state participated in the gala performance held on the 50th anniversary of the 1956 revolution. The commemoration passed off well and successfully in a nice environment. During the disturbances broken out, the area received special protection from the Police. (…) 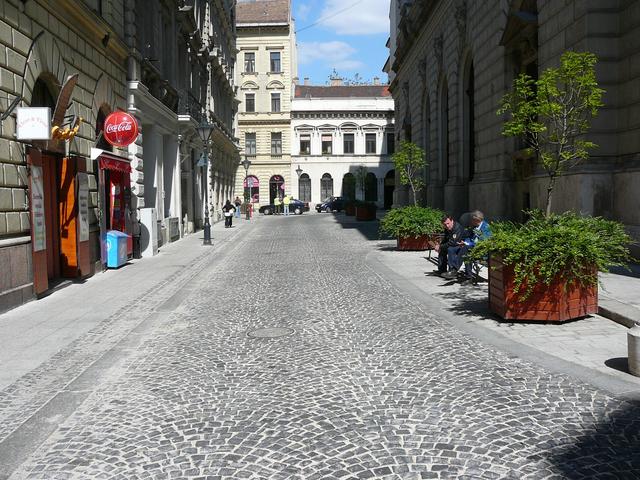 Following the establishment of the final system of traffic, the parking areas in the streets around the Opera-House were terminated. The access to the Hajós Street is controlled by an automatic lowering polling device operated with a system recognising the registration number. Only those having permission are allowed to drive in the area. From now on, the decorative square is preserved for the pedestrians. Seats, ornamental trees, and evocative fancy lighting are waiting for the visitors. In a worthy environment, tourists may take a photo of the Opera-House built by Miklós Ybl. We hope that the inhabitants will really enjoy it and it will compensate them for the several months’ troubles.

We signed the contract for the renovation work of the stone building of the castle park in a value of 467 million HUF.

The director of the Helicon Castle Museum, Dr. László Czoma, expressed his hope during the signing ceremony that our company would show eagerness, professional skill and reach high quality during the completion of the work won in a competitive market situation, since one of the most important phases of the reconstruction of the Castle and the Castle Park was supported by such significant partners as the Property Directorate of the Treasury and the European Union. Following the completion of the ancient monument renovation work concerning the Festetics Castle, the Game Exhibition and the Railway History Model Exhibition will be placed in the renovated and expanded three-storied building. 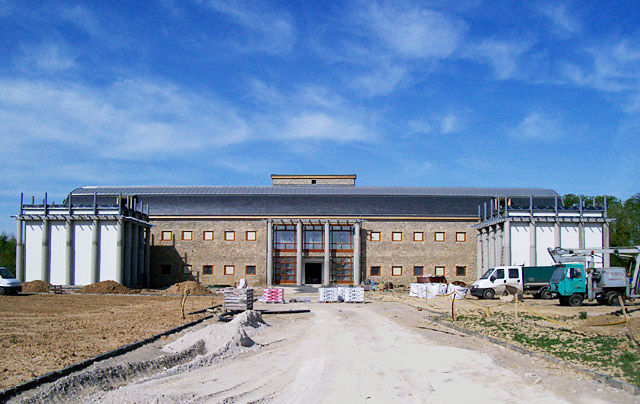 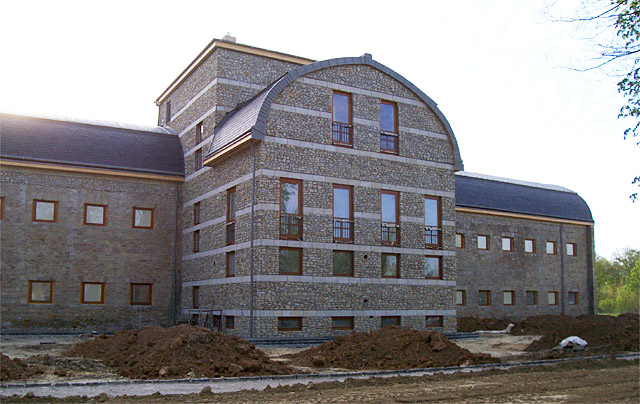 The value of the project implemented within the framework of the PHARE programme is about 500 million HUF.

We have started the designing and renovation work of the building complex and environment of the former Royal Riding School in Kisbér. In accordance with our contract signed with the Property Directorate of the Treasury, the riding hall of the greatest span (about 20 m) of Middle Europe will be renovated. In the building of the riding hall to be renewed according to the requirements of the modern era, we will establish and renovate a covered area suitable for holding not only riding events, but also theatrical performances, concerts and other programmes. In one of the stall buildings found next to the riding hall, boxes ensuring modern horse-breeding and museum will be established, while in the other building a wellness centre (swimming-pool, sauna, fitness) will be formed. In this way not only the ancient monument experiencing ups and downs will avoid destruction, but also a real living-space can be formed here for those living in the town and the environs. We hope that by the fall of 2006 Kisbér will be rightly proud of the project constituting the heart of the city development plan, the ancient building complex of the Royal Riding School and its environment renewed by us.